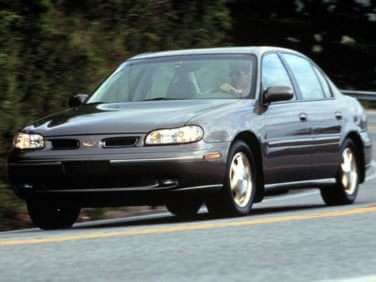 All About Oldsmobile Cutlass

The Oldsmobile Cutlassis a four-door five-passenger compact car. The first Oldsmobile Cutlass arrived on the market in 1961 where it quickly became an icon on the road. This name became well known over the next 36 years and was attached to many different vehicles. This name became a household name giving it an excellent branding as well as making it one of the most popular nameplates in the industry. The problem with so many vehicles having the Cutlass name meant a lot of confusion for the consumer. In the 1980s alone, there were four vehicles with the Cutlass name – the Cutlass Calais compact, the midsize Cutlass Ciera, the Cutlass Cruiser station wagon and the Cutlass Supreme personal luxury car. The Cutlass evolved through five generations of development. The first generation car was from initial introduction in 1964 to 1967. Second generation lasted from 1968 -1972. The third generation went on from 1973-1977. The fourth generation lasted from 1978 to 1981. The sixth generation went from 1982 to the end in 1996. In 1997, the Oldsmobile Cutlass was revived one last time for a more trendy version replacing the Oldsmobile Ciera. This vehicle was only available in the US. It came in Oldsmobile’s lineup in between the Oldsmobile Achieva and the Oldsmobile Alero.

It is built on GM’s N-body platform with a new front frame cradle and suspension mounts. The developers added in rack and pinion steering and the four-wheel independent suspension with MacPherson struts and front and rear stabilizer bars. The exterior design is unique with the side doors having body-colored cladding, new front grill look, arrow style headlamps and smooth redesigned headline.

The interior of the Cutlass is roomy and comfortable with easy to use instruments and convenient accessories. The shorter wheelbase suggests that the Cutlass belongs in the compact class with its sister the Oldsmobile Achieva. However, when you consider the spacious interior it’s easy to see that the vehicle better fits in the mid-size category.

The base Oldsmobile Cutlass model comes standard with many features that made the driving experience more comfortable. Some of the features are air conditioning, cushy front bucket seats with armrests, a spacious glove compartment, many small cubbyholes through the interior, analog instruments with a tachometer, a nice audio system and a tilt steering wheel. Step up to the GLS and there is additional a full complement of power accessories for windows and doors. There is a power driver’s seat, split-folding rear seat back, remote keyless entry, fog lamps, aluminum 15-inch wheels, and a stereo cassette deck.