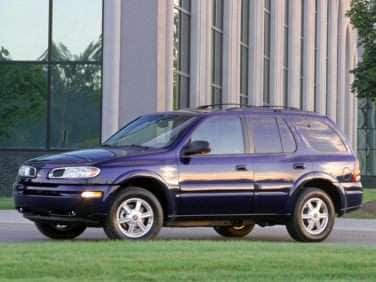 All About Oldsmobile Bravada

The original Oldsmobile Bravada was introduced in 1991 as an modern classier version of the S-10 Blazer and S-15 Jimmy. This vehicle was the first of its kind for Oldsmobile. This first generation vehicle came with ‘SmartTrak,’which consisted of full-time all-wheel drive and four-wheel antilock brakes. This vehicle also came with leather upholstery, power equipment, cruise control, keyless entry and air conditioning. It was powered by a 4.3 V6 engine. In 1992 the horsepower was increased and in 1993 there was an overhead console with a compass, temperature and a reading light added in. This remained the same version for 1994 as well. A Special Edition was released in 1996 to go along with the standard three trims - base, Tahoe and Sport. There were no 1995 models produced. For the 1996 and 1997, the design was upgraded changing the appearance to a smoother less boxy look than the earlier generation. New additions included daytime running lights and driver airbags, four-wheel disc brakes and one-piece tailgate. A new option was a sunroof.

By 1998 the vehicle received another face lift. The ‘Smart Trak’ system now came standard. The vehicle was now rear-wheel drive and the interior was completely upgraded to include dual airbags, heated seats, and a new front. In 1999, there were only minor changes. A Platinum Edition was released in 2000. It offered driver's seat memory, a power passenger seat, a cargo management system and pewter-colored lower bodyside cladding.

The third generation Bravada came out in with a more unique body panel helping to separate it from the competition. It was now available as one trim. Four-wheel drive was now available as an option. The Bravada was discontinued in 2004 with the last of the other Oldsmobile models. The final 500 vehicles received a special designation as the ‘Final 500’ and featured custom seat embroidering, dark cherry paint, chrome alloy wheels and a plaque showing the production number of the vehicle. The very last Bravada left the assembly line in January 2004.

Under the hood of the 2004 Oldsmobile Bravada is a 4.2 L 24-valve inline six that produces 270 hp and comes paired to a four-speed automatic. It is available as 2WD and AWD. The EPA fuel economy rating for the 2004 Bravada AWD is 14 mpg in the city and 19 mpg on the highway.

The Bravada was replaced by the Buick Rainier.