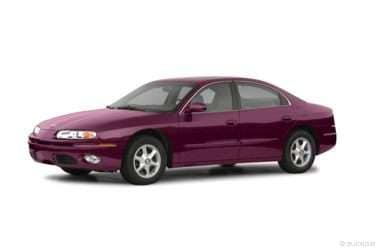 All About Oldsmobile Aurora

The Oldsmobile Aurora is a four-door five-passenger mid-size luxury sedan. The Oldsmobile Aurora was first introduced to the market in 1994. This was a completely new vehicle instead of a composite or a repackaged older vehicle. Over the years some slight changes were made. A few of these include the addition of daytime running lights in 1996 and in 1997, an electronic compass was built into the inside rearview mirror and the right hand outside mirror could now tilt downward. By 1998, the suspension and steering were modified for better steering and a more comfortable ride. In 1999, the vehicle only received minor changes and there was no 2000 model produced. In 2000, the vehicle was completely redesigned as the new 2001 model. The 2002 model lost its V6 variation half-way through the year as GM initiated their phase-out program of the Oldsmobile brand. New for this model was a navigation radio, chrome exhaust tips and a tire inflation monitor.

For the final year, the V6 engine had long gone and all remaining models had V8 engines. The production of the Oldsmobile Aurora stopped in early spring of 2003. The final five hundred cars produced received a Collector Edition trim individualized with special dark cherry paint, wheels and badging.

The last models of the Oldsmobile Aurora had a 4.0 L V8 engine with dual-overhead camshafts that offered 250 horsepower. Matched with this is an electronically controlled four-speed automatic transmission. At this time, there was only a single model available. The EPA fuel economy rating for this vehicle is 15 miles per gallon in the city and 24 mpg on the highway.

Oldsmobiles flagship sedan offers classy leather seating with a smooth quiet ride and excellent stability with agile handling. There is sufficient room to seat five-full sized adults comfortably as well as cargo for long trips. The cargo capacity with all seats up is 14.5 cubic feet.