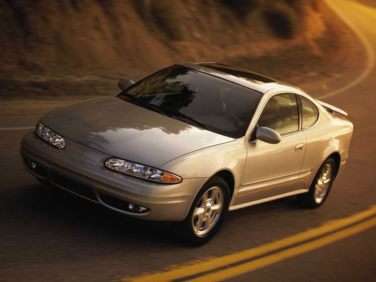 All About Oldsmobile Alero

The Oldsmobile Alero is available as a four-door compact sedan or as a 3-door coupe. The original Oldsmobile Alero was first introduced to consumers in 1997 as the Alero Alpha concept car. This vehicle seemed futuristic and far-seeing for the times with the many unique design elements on this V6-powered sport coupe. The final variation, the Alero, hit the market in 1998. This 1999 model vehicle was designed to replace the Oldsmobile Achieva and the Oldsmobile Cutlass models that were discontinued. The Alero was produced in the Lansing, Michigan plant. Production took place from April 6, 1998 through to April 28, 2004. In the five years of production there a few minor changes made.

There were two original engines under the hood of the Oldsmobile Alero. The first was a 2.4 inline four cylinder engine that produced 150 horsepower and 155 lb-ft of torque. This engine was upgraded in 2002 and used to the end of production in 2004. It was a 2.2 L engine that produced 140 horsepower and 150 lb-ft of torque. The second engine was a 3.4 L V6 engine that produced 170 horsepower and 210 lb-ft of torque. It was optional on GL and standard on the GLS trims. This V6 was in use for all five years. Originally, there was only one transmission - a four-speed automatic. In 2001, a five speed standard transmission became an option on the models with a four cylinder engine. In 2003, the daytime running lights were upgraded. The only other changes in the earlier models were in the options available to the consumer.

The 2004 Oldsmobile Alero was available in two body styles, a four-door sedan and a two-door coupe. The vehicle shares its platform and many other parts with the Pontiac Grand Am. The Oldsmobile Alero comes in several trims –the GX, GL, GLS trims.

The interior of the Alero is spacious and comfortable, offering an excellent driving experience for both driver and passengers. It remains a fun, sporty looking car that has held it’s resale value well in the used car market.

The safety features on the 2004 Oldsmobile Alero included as standard equipment are air bags, antilock brakes, daytime running lights, child seat lower anchorage, adjustable upper belt in front and rear, energy management feature, integrated safety belt, head injury protection, trunk release and even anti-theft features. In the government crash tests, the 2004 Oldsmobile Alero received various results. In the front impact tests, it received a four star rating for the driver and a five star rating for the front passenger. However, in side impact crash tests, the rear passenger received a four star rating but the front passenger only received a one star rating.