Pop Quiz! What is the cheapest car that you can buy today in the U.S.? Time is up. The answer is the 2014 Nissan Versa S sedan which rings in at the low price of $11,990 (excluding the $810 destination charge).

Telling Versa S from other Versa models isn't a difficult task at all. The blacked out grille and wheel covers give away its cheap car nature. Inside is the same story with hard plastics lining the interior, cable operated controls, manual windows, and upholstery that looks like it came from value section at a parts store. That doesn't mean the Versa doesn't have a few tricks up its sleeve. First is the back seat which by subcompact sedan measures is humongous. Then there is the trunk which could rival certain midsize sedans on space.

Power comes from a 1.6L four-cylinder engine which makes 109 horsepower and 107 pound-feet of torque. It comes paired with a five-speed manual or a four-speed automatic. While this powertrain isn't what you call a barnstormer, it does give the Versa S fuel economy ratings of 27 City/36 Highway/30 Combined.

Trying to find a Versa S is a much more difficult task as Nissan dealers don't stock this model. Finding one on a dealer lot is about the same as finding the Holy Grail. Competitors to the Versa S sedan include the Ford Fiesta, Hyundai Accent, and Chevrolet Sonic. 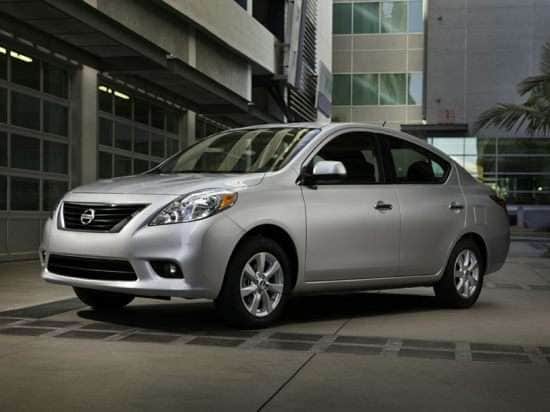