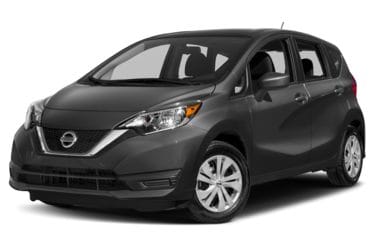 All About Nissan Versa Note

When the Nissan Versa Note was introduced, the base model was equipped with a front-mounted 1.6-liter dual overhead cam four-cylinder engine. There were several transmission options, a five-speed manual, a twin continuously variable timing control unit, and the most expensive choice of the three, a fuel-sipping Xtronic CVT. The powerplant produces 109 horsepower and yields fuel economy ratings of 31 miles per gallon city, 40 miles per gallon highway when paired to the CVT gearbox option. The other transmission choices sacrifice the fuel economy somewhat. The manual transmission’s Environmental Protection Agency ratings, for example, are 27 miles per gallon city and 36 miles per gallon highway. The CVT is available only by upgrading to the mid-level Versa Note S Plus trim, which is also accessorized with an automatic grille shutter that senses when to close to improve the car’s aerodynamics, which in turn helps further improve fuel economy.

The Versa Note is a five-seat, four-door hatchback designed to appeal to young and urban buyers who prioritize a car’s utility. The designers of the Versa Note made an effort to capture attention by equipping the car with enough interior space to comfortably seat adults as tall as six feet. Front seat cabin space is also roomier than what is average for the compact car class, and cargo space in the hatch exceeds expectations for the category, as well. The base model Note is otherwise quite basic, though; sacrificing manual windows and a non-adjustable steering wheel translates into a lower base price for budget-minded buyers. 15-inch steel wheels with wheel covers, air conditioning, and a CD player with an auxiliary input jack are standard. Standard safety features include a comprehensive system of front, side, and curtain air bags, electronic stability control, and anti-lock brakes. Other features of the Versa Note include an optional all-around camera monitoring safety system, which is a first in its class, optional remote keyless entry, and optional Bluetooth wireless phone and text message integration.