It's "win-win" time for the 2015 Nissan Quest, as the stylish minivan now provides a more satisfying driving experience along with a noticeably boost in fuel economy. And in both cases, the cause is the same: The new "D-Step Shift logic" that is working its way across the current Nissan lineup. The system was primarily designed to provide a more traditional feel to Nissan's next-gen Xtronic CVT, which now simulates the shifting of a more traditional automatic, but it also delivers gains of 1 mpg city/2 mpg highway/1 mpg combined to the 2015 Nissan Quest.

As a result, the 2015 Nissan Quest becomes the most efficient minivan on the market for city driving, while also tying Honda for the lead in combined fuel-efficiency. The new leaderboard for the segment, listed in order of city mpg:

Further, the engine outputs of the 2015 Nissan Quest are unaffected by the freshened transmission, so drivers still benefit from a 3.5-liter V6 that serves up 260 hp, 240 lb.-ft. of torque and a towing maximum of 3,500 lbs.

But Nissan did make some other minor changes to the 2015 Nissan Quest, swapping out the previously standard 4.3-inch audio display for a 5-inch unit, adding a Moving Object Detection system to the range-topping Quest model, and renaming that range-topper entirely; it's now the 2015 Nissan Quest Platinum to better align with the rest of the Nissan roster. 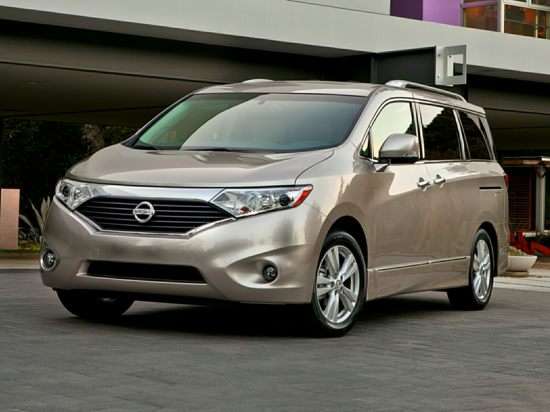