For the longest time, the only sizes you could get a cargo van in were large and extra large. While this worked for certain types of businesses, others found out that these vans were too big for their needs. That changed a few years ago when Ford introduced the Transit Connect. Offering a small footprint and surprising fuel economy, Ford found themselves selling a fair number of Transit Connects to businesses who saw the advantages. After seeing Ford's success, other automakers began jumping into this emerging group of compact vans. The one we're reviewing here is the 2013 Nissan NV200.

The NV200 is Nissan's latest van in their commercial lineup and complements their line of full-size vans. The exterior is designed to be very practical and flexible with sliding doors on either side and rear doors that split 40/60 and can open up to 90° and 180°. Inside, you'll find seating for two people and a “mobile office” center console that features storage for a laptop and hanging folders, pen/pencil tray, and cupholders. Cargo space in the back measures out to 122 cubic feet thanks in part to flat wheel wells and a low-load floor height.

Power comes from a 2.0L four-cylinder engine with 131 horsepower and 139 pound-feet of torque. This is paired with Nissan's Xtronic CVT. Fuel economy is rated at 24 City/25 Highway/24 Combined. The NV200 rides on the platform that underpins the Nissan cube and Juke. This allows the NV200 to be very maneuverable. 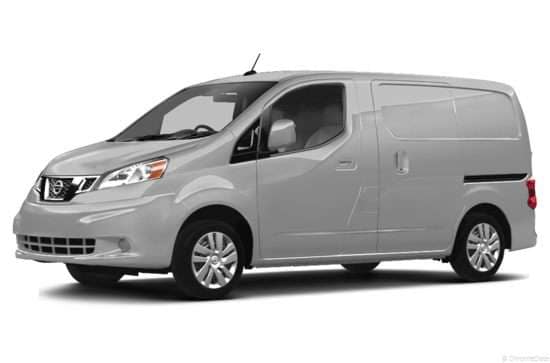