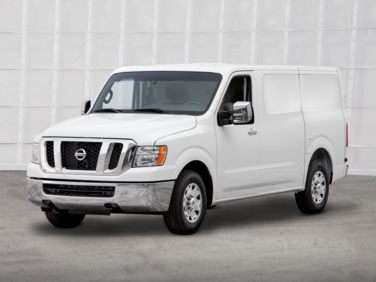 All About Nissan NV Passenger

The Nissan NV Passenger is a variation of the Nissan NV cargo van that went into production in 2011 as a 2012 model year vehicle. The Japanese auto manufacturer designed the NV to appeal to pickup truck buyers who wanted a comfortable cabin but might be drawn to the NV due to its larger, protected cargo space. The Nissan NV does compete with the Ford E-Series and Chevrolet Express cargo vans, but those vehicles are sold mainly to fleet buyers, which is not Nissan’s objective for the NV. The NV was designed primarily for the United States, Canada, and Mexico. The NV replaced the Nissan Urvan full-size van that was previously sold in Mexico, whereas the rest of North America did not have a full-size Nissan van until the arrival of the NV. The Nissan NV Passenger is a version of the NV that offers seating for twelve occupants. It became available in 2012.

Though its sibling, the NV, was not intended to go head-to-head with the Chevy and Ford vans that dominate the cargo van segment, the NV Passenger was designed specifically to offer improvements to the stagnant category. The team that designed the NV Passenger based many of their decisions on feedback from owners of the Express and E-Series vans, as well as considering the more upscale features of the passenger version of the Mercedes-Benz Sprinter van.. For example, the engine was located far forward in the elongated engine bay, which freed up a lot of space in the cabin, since the firewall did not have to accommodate engine components that protruded back toward the passenger area. An additional perk to this design is that it’s easier to access the engine for maintenance and repairs. Rear doors swing open as far as 243 degrees and are held open with magnets for hands-free loading and unloading. Nissan also took care to make the driving experience as comfortable as possible, with good visibility for safety and good insulation for a relatively quiet ride.

There are 324 possible seating configurations in the NV Passenger, according to Nissan. In practical, everyday terms, this means that the NV Passenger has four rows of seating, and the seats can be removed fairly easily for more cargo space or more floor space. The seats are also split 50/50 or 65/35, which enables different combinations of upright and folded seats to fit large or awkward items. When the fourth row seat is removed, the second and third rows can be spaced out for more legroom. The seats feature integrated seatbelts, which nullifies some of the complications of removing and re-installing seats. Passengers are protected by full-length curtain airbags at the side windows, and are made as comfortable as possible by the addition of plenty of power ports for charging devices on the go.

All NV Passenger vans are rear-wheel-drive. Nissan offers two drivetrains for the NV Passenger, a 4-liter V6 with 261 horsepower, or a 5.6-liter V8 with 317 horsepower. Both drivetrains are equipped with a five-speed manual transmission. The NV Passenger comes in three trim levels. The base model S trim has utilitarian cloth upholstery, air conditioning, a basic audio system and a sliding door. Upgrading to the power basic package on the base trim level gets keyless entry, power windows, power locks, and cruise control. The SV trim level features a power driver seat with manual lumbar support, a six-speaker audio system, rear park assist, and chrome exterior trim. Buying the V8 model of the NV Passenger means the SL trim level is an option, bringing leather upholstery, Bluetooth wireless integration, dual zone climate control, front park assist, and heated front seats. A technology package, available only on the SV and SL trims, includes navigation, a rearview camera, and a USB port.