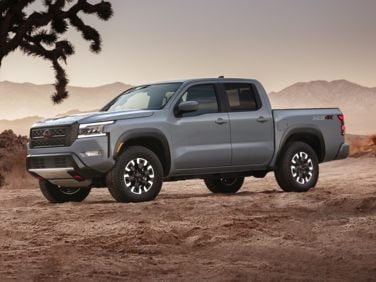 All About Nissan Frontier

The Nissan Frontier is a four-door, up to five passenger mid-size pickup truck. Like competitor Toyota, for many years Nissan’s compact pickup trucks were exactly that – mini-trucks which offered a balance between utility and fuel economy. In the late 1980’s, Nissan increased the size of what was termed their ‘Hardbody’ pickup, but ten years later it was clear that it had remained too small to match up against the offerings from domestic automakers. In 1998, the Nissan Frontier was released as a major update to the company’s compact pickup line, and after finding some success a revised edition of the truck platform was released in 2005, increasing the vehicle to the mid-size level.

As with most pickup trucks, the Nissan Frontier can be had in a variety of different configurations designed to meet the specific needs of buyers. King Cab styling, which provides vestigial seating for two extra passengers in the cabin can be had at the first two trim levels, after which the Frontier features a Crew Cab option for true 5-passenger seating.

The base 2-wheel drive XE is positioned as a solid work truck, with a 152 horsepower, 2.5 liter 4-cylinder engine and 5-speed manual transmission, anti-lock brakes and almost no creature comforts to speak of. Upgrading to the SE civilizes things a bit with the addition of 16-inch wheels, an optional 5-speed automatic, chrome exterior accents, a CD player and air conditioning. The SE V6 pumps things up to 261 horsepower thanks to a 4.0 liter V6 that also generates a healthy 261 lb-ft of torque. The SE can put power to either the rear or all four wheels through a 6-speed manual transmission, with the 5-speed automatic remaining optional.

The NISMO trim is aimed at those who wish to take their Frontier off-road, and it seriously improves the suspension through the addition of Bilstein shocks, an electronic locking rear-differential, traction control and skid plates. The NISMO Frontier also receives rugged all-terrain tires and a factory bedliner. For truck owners who want additional utility but plan to stick to the pavement, an LE trim is available which makes the automatic transmission standard and adds 17-inch rims and the bedliner.

The Frontier rides on a fully modernized platform that sees it perform well in terms of handling and power. While the 4-cylinder engine is not the best option for those who need to haul heavy loads, the V6 acquits itself with homors, leading the pack in terms of horsepower for this market segment. Vehicle Dynamic Control is active both on wet, slippery pavement and in off-road situations, keeping the Frontier pointed straight even under challenging conditions. The 4-cylinder engine provides much better in-town fuel mileage than the V6, but on the highway the 4.0 liter engine turns in 19 miles per gallon, which quite acceptable for a pickup of this size.

The Nissan Frontier represents an option that should not be overlooked when shopping for a smaller than full-size pickup. Larger than the popular Ford Ranger and as powerful as the Dodge Dakota, the Frontier is a true competitor in a growing field.

The changes to the 2009 Nissan Frontier are few and mostly cosmetic. There are a few changes in the exterior’s basic design as well as a couple of changes to the options packages as well as new trim levels that are available in 2009. The Frontier has a new design for the grille and has new wheels and new headlights. The LE trim has a new seat fabric and there are new designs for the 16-inch and 18-inch wheels.

Models with a four-cylinder engine have five-speed manual transmission while the V6 engine models have either five-speed automatic transmission or a six-speed manual transmission. The type of transmission depends on the configuration of the vehicle and its trim level. Both types of transmissions and engines have 4x4 and 4x2 drive available as well as a manual-shifting drive type. The PRO-4X trim level models come standard with 4x4 drive and have 4x2 as an option. The 4x4 Frontier models have an option for a locking rear differential that is operated with a dashboard switch.