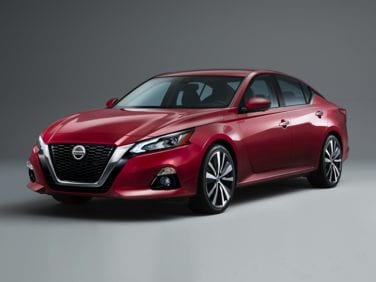 All About Nissan Altima

The Nissan Altima is a four-door, five-passenger family sedan and a two-door, five-passenger coupe. Unlike some of its competitors, the Nissan Altima does not have a lengthy history on the market. The Altima debuted in 1993 in order to replace the ageing Stanza, and it almost instantly found a place amongst buyers, who were impressed with its styling and reasonably fun to drive performance. The Altima was smaller than the mid-size Maxima, but much larger than the Sentra, initially giving it a somewhat unique status in the Nissan model lineup. However, as time went on, the Altima grew until it was a legitimate mid-size car, only slightly smaller than the now range-topping Maxima.

Nissan did their best to keep the fun alive in the Altima despite its eventual gravitation towards the heavier side of the scale. The third generation of the vehicle offered a performance-oriented edition dubbed the SE-R, which stuck a 260 horsepower V6 in front of the driver and linked it to a 6-speed manual transmission. This hot-rod Altima also had a stiffer suspension and re-tuned exhaust system.

The newest generation of Altima hit showrooms in 2007, and Nissan decided to go in a different direction than with previous versions. The fourth generation Altima is actually slightly smaller than the 2006 model, although the difference is hard to discern from the outside. The reason for the change was the adoption of a new, more modern platform. The base 4-cylinder in the Altima produces 175 horsepower, and stepping up to the 3.5 liter V6 gives drivers a whopping 270 horsepower to play with, as well as a 6-speed standard transmission. A hybrid version is also available, providing 35 miles per gallon and beating the 4-cylinder in both performance and fuel mileage. Unlike some of its competitors, the new, smaller Altima is able to take advantage of the alternative power system without suffering from lackluster driving or middling fuel economy.

While the SE-R option is no longer available, Nissan has gone one better and decided to sell a coupe version of the Altima. The coupe has a similar appearance to the sedan, but bears an almost completely different exterior design, with the two cars sharing very little sheet metal. Despite being built on the same platform, the coupe feels like a much smaller vehicle than the 4 door, and the fast look is backed up by a sport suspension and larger 17 inch wheels. While the front-wheel drive vehicle will never be mistaken for a sports car, it does add a significant fun factor to Altima, and it gives Nissan their first non-premium coupe since the 1990’s.

The base Altima starts at just under $19,000 and options can add up quickly until buyers have reached the range topping 3.5 SL sedan around $28,000. The V6 powered coupe comes in at $3000 dollars below the sedan, and makes an excellent choice for those who don’t need to regularly use their rear seats. The new Nissan Altima continues to carve out a distinctive niche in a segment of the market that is too often defined by bland styling and vanilla performance.

The 2009 Nissan Altima has a few small changes from the 2008 model year. The exterior has been given three new paint colors, including Sonoma Sunset, Majestic Blue and Sonoran Sand. All trims have been upgraded with automatic-locking doors and power mirrors. The base model has also been given a trip computer. The 2.5S model has been given new options for rear air vents and for climate control in dual zones.

There have been some refinements to the standard six-speed manual transmission in 2009. There are new standard features for the base Altima, including power mirrors and air-conditioning. The 2.5S has been given a CD player, keyless entry and ignition, a six-speaker sound system, new interior trim and an auxiliary audio jack. The 3.5 SE coupe has been given upgraded, 18-inch wheels. Every 2009 Altima has been given door locks that work with a speed sensor.

There are five 2009 Altima trims, including four gas-engine trims and one hybrid model. The standard gas engine trims are the 2.5, 2.5S, 3.5SE and the 3.5SL. The 2.5 comes with power accessories, 16-inch steel wheels, a trip computer, a steering wheel that telescopes and tilts, cruise control and air-conditioning standard. The 2.5 does come with four speakers but it does not come with an audio system. There are no options available for the 2.5.

The 3.5SE trim has a 3.5 liter, V6 engine that comes standard with 17-inch wheels made from alloy, a steering wheel wrapped in leather, side mirrors that have integrated signal lights, audio controls in the steering wheel, a power driver’s seat and wood-grain accents in the interior. The 3.5SE coupe model has 18-inch wheels, fog lights, a sunroof and performance tires. The 3.5SL is a sedan with 16-inch alloy wheels, leather seats that are heated in the front two seats, a dimming rearview mirror with auto-dimming and mood lighting in the interior.