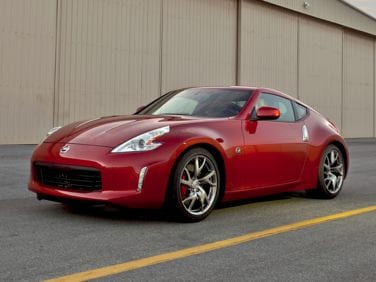 All About Nissan 370Z

The Nissan 370Z is a two-door, two-passenger sports coupe. When Nissan launched its recent version of its legendary Z nameplate in 2003, it was instantly recognized as an icon to Nissan vehicles matching a unique design of its predecessors, the Nissan 300ZX and Datsun 240Z. As is the case with almost every vehicle on the market, the six-year mark ushers in the next generation of the iconic sports coupe. For 2009, Nissan builds on the success of the all-new GT-R with the introduction of the next generation of the Z car, the 2009 Nissan 370Z. A direct replacement for the 350Z, the nomenclature change comes from the bigger, more powerful 3.7-liter engine, but the big news is that all-new model carries on the attitude of the original Z with its smaller size geared for a nice, tight road course. Even with a base price of $29,930, the 370Z is comfortable going up against anything ranging from a Ford Mustang even up to a Chevrolet Corvette. The roadster will be a carryover of the 2008 350Z until the 2010 model year.

To the untrained eye, very few differences are noticeable between the 370Z and its predecessor, but this from a slight redesign. Nissan has once again managed to create a new Z from the ground-up without alienating enthusiasts. The overall shape of the 370Z is about the same as the outgoing model, but it's almost as if Nissan designed a track-ready chassis and then built a stylish body around it. The spear-shaped headlights and taillgihts mimic the design of the new Maxima, while the front fascia gives a slight nod to the beastly GT-R. Helping to give the 370Z a more aggressive look, the 370Z's fenders are now more prominently flared to accommodate the increase track width, while the steeply raked roofline helps to improve downforce and aerodynamics.

The new Z remains true to its heritage and remains a two-seater sports coupe. Like the exterior, the new Z has a cabin that looks similar to the outgoing model, but focuses improving comfort and ergonomics. Compared to the 350Z, the new instrument panel has a smoother layout with gauges and controls more easily accessible. The larger navigation screen also adds to the layered effect of the center stack. Deeper sport bucket seats improve lateral support and anti-slip material. The driver's seat is unique from the passenger seat in that it offers an increased amount of cushioning and a stiffer fame, which eliminates excessive movement in the seat allowing the driver to accelerate, steer and shift easier in racing scenarios.

Accounting for the name change, the 2009 370Z uses a bigger, more powerful 3.7-liter V-6, based off the VQ37VHR V-6 used in the Infiniti G37, and is capable of 332-horsepower and 270 lb-ft of torque – both considerable increases over the 350Z. In addition to a new close-ration, six-speed manual transmission, Nissan's new seven-speed automatic will also be available in the 370Z. The new automatic transmission not only improves performance through faster shifts via the shift paddles mounted to the steering wheel, but the wider ratio also helps to improve overall fuel economy. With a shortened wheelbase and wider track, the 370Z is sure to be a beast on the track.

The 2009 Nissan 370Z has had several significant changes to it from the previous year. The 370Z has had updates to make it more powerful, to improve its handling and to change the way it looks in several ways.******** The new engine in the 370Z is a 3.7 liter, V6 engine with 332 horsepower and with 270 pounds of torque. This new engine is powerful enough to take the care from zero to 60 mph in 4.7 seconds. The new intake system on this model year is called the Variable Valve Event and Lift. It increases the vehicle’s fuel efficiency, increases its torque curve and reduces its level of emissions.

The new wheelbase is shorter in 2009 by 3.9 inches and has been made wider by 1.1 inches and lowered by .6 inches. This new size and placement have given this model better handling. It is slightly heavier this year as well, but the extra 33 pounds is insignificant in the handling. Much of the weight came from new safety features, but the weight gain was kept low because of aluminum and carbon-fiber components that kept the new weight as low as possible.

The upgraded brakes are 14-inch front disc brakes that have four-piston calipers. In the rear, there are 13.8-inch discs that have two-piston calipers. This makes the 2009’s stopping distance shorter at 159 feet. The shape of the 370Z is also new in 2009. It is shorter and wider and has been redesigned with a longer hood, reshaped quarter windows and a more pronounced rear shape. There are new fender badgers that also work as turn signal lights.