Introduction
By Ron Perry
Promoted as a stylish, affordable sports car from the very beginning 35 years ago, when the 1970 Datsun 240Z debuted to critical acclaim, Nissan’s Z has been popular among buyers for its high style and affordable performance. Today, the Nissan 350Z offers cutting edge sheet metal, impressive performance, and true sports car credentials.

For 2006, the 350Z gets a minor face-lift, with new lights front and rear, a modified front fascia, and slight interior revisions. New lightweight forged alloy wheels, 18-inch up front and 19-inch at the rear, debut as well. A new Grand Touring Coupe is also added to the lineup for 2006. The Grand Touring model gets the same wheel setup but adds Brembo brakes, front and rear spoilers, Vehicle Dynamic Control (VDC) and all versions equipped with a six-speed manual transmission make 300 horsepower.

Here is a first look at the 2006 Nissan 350Z, dressed in aftermarket NISMO livery. This photo shows a few of the changes made to the 350Z for the new model year.

The 2005 Nissan 350Z is available as both a coupe and a roadster. With the roadster, a touch of a button produces top-down motoring in under 20 seconds.

From the original 240Z to the current 350Z, the styling of Nissan’s sports car has always been ahead of its time. Today that legacy continues with the 35th Anniversary version of the Nissan 350Z. More horsepower, 18-inch alloy wheels, Brembo brakes, and a DVD navigation system are just a few exclusive attributes of the 35th anniversary model.

The latest 2005 Nissan 350Z receives a number of upgrades over previous models. A standard tire pressure monitoring system, improved driver’s seat adjustment, and a lighter clutch feel for the manual transmission debuted for 2005. Automatic transmission models receive downshift rev-matching and all 2005 Nissan 350Z’s are fitted with heated outside mirrors.

All 2005 Nissan 350Zs come with an independent multi-link aluminum suspension with front and rear stabilizer bars. Also included on all models are a front strut tower bar and a rear integrated strut brace.

Two optional transmissions are available on the 2005 Nissan 350Z 35th Anniversary model. A six-speed manual is standard and a five-speed automatic with manual shift mode and rev matching on downshifts is optional.

At first glance, the cargo area of the 2005 Nissan 350Z looks small due to the integrated strut brace. The reality is there is plenty of room if you are using soft bags – a total of 6.8 cubic feet. That sounds small, but as shown here, there is enough room for two golf bags plus additional storage immediately under the brace.

The 2005 Nissan 350Z contains a three-gauge dash pod, similar to the one found in the original 240Z. The pod gauges display oil pressure, voltage and multiple displays such as miles-per-hour. This is just one of several design cues retained from the original model Z to carry over the heritage of the original design.

The interior of the 2005 Nissan 350Z is clean and uncluttered. Easy-to-read gauges and readily accessible controls allow the driver to keep his attention on the road.

Helping to make the 2005 Nissan 350Z 35th Anniversary edition a contender in the sports car arena are a number of attributes. Foremost are rear-wheel drive and a mid-mounted, front-engine layout that places the motor aft of the front wheels. This design allows a 53-percent front and 47-percent rear weight distribution. A choice of a six-speed manual transmission or an optional five-speed automatic with manual shift mode allows the driver to customize the car to meet specific preferences. Also included on the 35th Anniversary model are stability and traction control systems.

Inside and out, the 2005 Nissan 350Z is trimmed with aluminum accents. Stylized accent pieces highlight the exterior of the 350Z from the badges to the door handles.

Whether looking for classic style or all-out performance, or a combination of both, there is a 2005 Nissan 350Z to meet your needs. From street to track performance, Nissan has you covered.

One of the greatest features of any sports car is top-down driving. The 2005 Nissan 350Z doesn’t disappoint with the roadster version. Featuring a fully automatic top that retracts in around twenty seconds, top-down motoring is achieved easily with the touch of a button. The top includes an integrated heated rear window for adverse conditions, and stows under a lightweight, fully powered tonneau cover for a clean appearance.

One of the best attributes of the 2005 Nissan 350Z Roadster is how it retains its signature design with the top removed. The majority of the 350Z’s unique lines are found at the front and rear of the car, which means that the removal of the top doesn’t ruin the look of the car.

Tight relationships between aftermarket tuners and manufacturers have become a necessity these days and Nissan hasn’t shied away from the trend. Partnering with NISMO has created a whole new market for the 2005 Nissan 350Z. Engine and suspension enhancements target 350Z enthusiasts looking for more speed, cornering ability and additional bling.

The NISMO S-Tune upgrade package is intended to offer buyers the opportunity to modify their 2005 Nissan 350Zs for performance and handling while keeping it civil and reliable enough for day-to-day driving. Enhancements include stainless cat-back exhaust, front and rear sway bars, and a shock and spring kit that lowers the stance of the 350Z by 20mm. Lightweight NISMO wheels wrapped in BF Goodrich KD radials adorn the exterior of the car, while NISMO floor mats and shift knob decorate the interior. NISMO offers a plethora of S-Tune upgrade hardware from minimal cost to a high dollar shock and spring kit.

The NISMO R-Tune edition of the 2005 Nissan 350Z is for the serious driver searching for ultimate performance. With 320 horsepower and the full S-type suspension modifications, the Nissan 350Z NISMO R-Tune is ready to take on road and track. The R-Type also wears the S-Type’s aero kit, which includes front and rear spoilers, side sills and lightweight alloy wheels. Each component can be purchased separately and run from a $65.00 chrome shifter to $1600.00 camshafts. 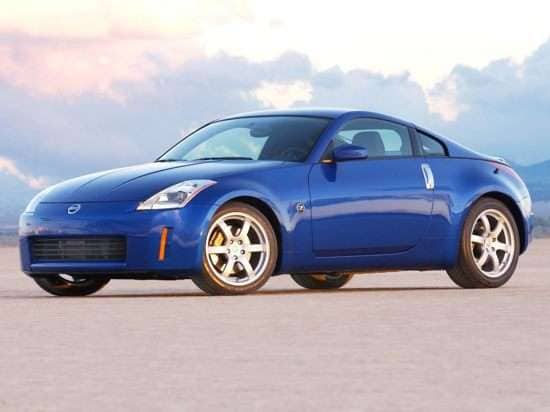