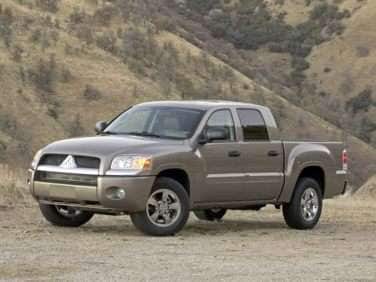 All About Mitsubishi Raider

The Mitsubishi Raider is essentially a repackaged Dodge Dakota. Both vehicles are built on the ND platform. An aggressive exterior design differentiates the truck from its older Dodge brother and helps integrate the one-off truck offering into Mitsubishi's smaller, more sporty vehicle lineup. Vehicle dimensions include a length of 218.5 inches, width of 71.7 inches and height of 68.6 inches.

The Raider is available in a 4-door Double Cab configuration or 2-door Extended Cab design with suicide rear doors. The Double Cab design offers plenty of room for up to five passengers. The Extended Cab compromises interior cabin space for a longer bed, though five passengers can still fit. Mitsubishi attempted to gussy up the interior with aluminum detailing and gauges with white backgrounds, though most experts agree the view from the driver's seat is lackluster. For the 2008 model year, the Raider received a revised dashboard design.

The Mitsubishi Raider is only available in an LS trim level. The base engine option is a 3.7-liter PowerTech V6 engine that provides 210 horsepower and 210 lb-ft. of torque. Up until the 2008 model year, a 4.7-liter PowerTech V8 upgrade was available that delivered 230 horsepower and 290 lb-ft. of torque. The 3.7-liter V6 engine is coupled with a standard 6-speed manual transmission or optional 4-speed automatic. The Mitsubishi Raider is available in both 2-wheel drive and all-wheel drive.

There is a noticeable lack of safety features available on the Mitsubishi Raider. Whereas other pickup trucks feature antiskid protection, traction control and other expected accoutrements, the Raider is currently only available with rear antilock brakes and front airbags. Prior to the 2008 model year, 4-wheel antilock brakes and side curtain airbags were available as optional upgrades. These features, along with trim options and other upgrades have since been discontinued.

The 2009 Mitsubishi Raider is a carryover from 2009. The 2009 Raider pickup is available in either LS V6 Extended Cab or LS V6 Double Cab body styles. Both use the same 3.7 liter V6 engine that produces 210 horsepower and 235 lb-ft of torque, which can be mated to either a 6-speed manual transmission or a 4-speed automatic unit. With the manual transmission, the two-wheel drive edition of the LS V6 Extended Cab sees a fuel economy rating of between 13 and 19 miles per gallon around town and between 16 and 24 miles per gallon on the highway, depending upon configuration. The LS V6 Double Cab can be ordered with four-wheel drive.