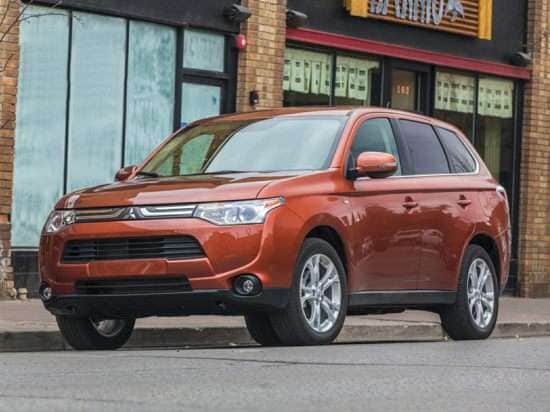 Changes for the 2014 Mitsubishi Outlander:

Mitsubishi is pinning a comeback on the redesigned 2014 Outlander, which is bigger than the compact Outlander Sport but not quite the size of a midsize crossover SUV. It has three rows of seats and 7-passenger capacity, combined with features designed to improve fuel economy and safety. The new 2014 Outlander also displays Mitsubishi’s new design themes.

Upgrades included with the SE model include dual-zone automatic climate control, Bluetooth, a touchscreen infotainment system, a reversing camera, and USB connectivity. The Outlander SE’s front seats are heated, and this model is equipped with upgraded interior trim and a keyless passive entry system with push-button ignition. It comes standard with fog lights and 18-inch aluminum wheels.

The 2014 Outlander ES and SE models are equipped with a 166-horsepower, 2.4-liter 4-cylinder engine and a continuously variable transmission (CVT) that powers the front wheels. The S-AWC system is optional for the Outlander SE, and includes an Eco Mode that allows the SUV to operate purely as a front-driver in order to best conserve fuel.

The S-AWC system is standard for the Outlander GT, which is also equipped with a 224-horsepower, 3.0-liter V-6 engine, a 6-speed automatic transmission with paddle shifters, and an Active Front Differential.

In combined driving, the new Outlander’s fuel economy ranges from 23 mpg for the GT model to 27 mpg for the ES and SE models when equipped with front-wheel drive.

According to the Insurance Institute for Highway Safety (IIHS), the 2014 Outlander receives a “Top Safety Pick Plus” crash-test rating, reflecting its ability to pass the difficult new small overlap frontal-impact test, which measures crash protection in the event the vehicle strikes a tree, a pole, or oncoming traffic on the front left corner of the vehicle.

As this summary is published, the National Highway Traffic Safety Administration (NHTSA) has not performed crash tests on the redesigned Outlander.

Outlander SE and GT models come standard with keyless passive entry and push-button starting as well as a 6.1-inch color touchscreen infotainment system that includes a reversing camera, Bluetooth connectivity, and a USB port. An optional Premium Package adds a premium audio system to these models, while an optional Touring Package equips the SE and GT with a navigation system, a lane departure warning system, an adaptive cruise control system, and a Forward Collision Mitigation system. Additional tech-related options include rear parking sensors and a rear-seat entertainment system.