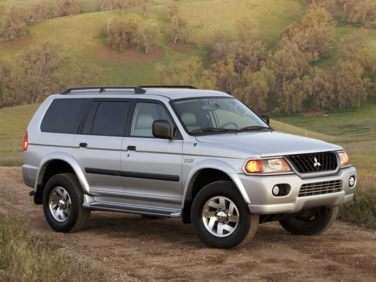 All About Mitsubishi Montero Sport

The Mitsubishi Montero Sport was built on the same chassis as the Mitsubishi Montero. However, the Montero Sport was considerably shorter and featured a lower ground clearance. The exterior design exudes a rugged appeal, with crisp edges and a strong front end. A facelift in 2000 updated this front end and added a black tailgate trim. Overall dimensions for the vehicle included a length of 181.1 inches, width of 66.7 inches and height of 67.7 inches.

The cavernous interior of the Mitsubishi Montero Sport comfortably seated up to five passengers. Maximum headroom accommodated even the tallest passengers, with 38.9 inches of space up front and 38.5 inches of space in the rear. The dashboard features sturdy, well-crafted components and was intended to be ergonomically designed. Total cargo volume for the SUV was 79.3 cubic feet.

The Mitsubishi Montero Sport was originally available in three trim levels – ES, LS and XLS. In 1999, a luxury Limited trim level was added to the lineup. Following the 2003 model year, both the ES and Limited models were dropped.

The Montero Sport ES came standard with a 5-speed manual transmission. Most other models came standard with a 4-speed automatic that delivered an EPA-estimated fuel efficiency of 16 mpg in the city and 18 mpg on the highway. A 4-wheel drive package could be added that featured 4WD, skid plates, 2-speed transfer case and antilock brakes.