The 2015 Mitsubishi Mirage reported another 1,340 sales in September, helping Mitsubishi achieve its seventh consecutive month of year-over-year sales gains and also kicking off the sophomore selling season of the most fuel-efficient, gas-powered non-hybrid car in the country: Per the EPA, the 2015 Mitsubishi Mirage is capable of up to 37 mpg city/44 mpg highway/40 mpg combined with its continuously variable transmission, and even opting for the five-speed manual still allows drivers to reach 34 mpg city/42 mpg highway/37 mpg combined.

In either case, the 2015 Mitsubishi Mirage also provides a notably low price of admission, boasting an MSRP of $12,995 for the manually transmissioned car and a starting point of $14,095 with a CVT, with both boasting standard air conditioning, four-speaker audio with a USB port and 140 watts of power, power windows/locks/mirrors, color-keyed exterior accents, halogen headlights, and more. Yet it's further worth noting that, even without the 2015 Mitsubishi Mirage in its lineup, the brand still would have achieved a positive September sales performance.

That's thanks primarily to the success of the 2015 Mitsubishi Outlander Sport five-seat crossover, which led the brand with 2,351 deliveries—up 28.3 percent versus September of 2013.

Said Don Swearingen, executive vice president of Sales for Mitsubishi Motors North America: “Thanks to our all-new Mitsubishi Mirage, the redesigned Outlander and the updated Outlander Sport, Mitsubishi Motors is continuing its positive sales momentum throughout 2014. Our customers are responding very positively to these vehicles thanks to their excellent fuel efficiency, plentiful features and outstanding affordability.”

In fact, after selling 5,558 total units in September alone—for a 38.9 percent jump as compared to September 2013—Mitsubishi has driven its year-to-date volume to 58,365 units, marking an increase of 28.3 percent.

(Note: While Swearingen called out the Outlander as an important enabler of Mitsubishi's sales success, and sales of the three-row crossover are up by 16.4 percent on a year-to-date basis, it actually lost some ground in the marketplace in September, when sales fell 10.8 percent on 881 deliveries.) 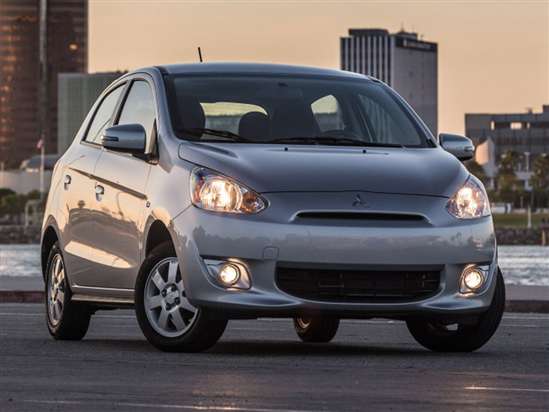