If you’re in the market for an inexpensive sedan with all-wheel drive in 2017, your choices are limited. There is the Subaru Impreza, of course. And then there’s the car that most folks overlook, the Mitsubishi Lancer AWC. While the beloved high-performance turbocharged Lancer Evolution ended production with the 2016 model year, Mitsubishi soldiers on with the naturally aspirated all-wheel-drive Lancer, though its time is running short. Mitsubishi’s emphasis on the Lancer’s available all-wheel drive in the 2017 model year makes a comparison with the compact sedan class leaders nearly irrelevant. Simply put, the best reason to buy an AWD Lancer is its competence in dealing with adverse road conditions at a relatively inexpensive cost.

The Mitsubishi Lancer was the slowest selling compact sedan on the market in 2016, with just 14,304 units sold, as reported by goodcarbadcar.net. The Subaru Impreza, by comparison, sold slightly over 88,500 units. The last year the Lancer cracked 20,000 units was in 2010. While the Lancer underwent a facelift in 2016, with freshened front fascia, LED running lamps, fog lamps, and spiffy sideskirts, it was not enough to turn the sales slump around.

The Lancer’s last major revision was in the 2008 model year and it feels it. Sadly, the Lancer has reached the end of its run and will wrap up production this summer, leaving the Mirage as the only sedan remaining in the Mitsubishi lineup. Mitsubishi sales plateaued in 2015/2016, stalling at a bit under 100,000 units. While this represents a significant climb from the bottom of the trough in 2009, it's still a fraction of Mitsubishi's 2002 heyday, when the company moved approximately 360,000 units, with slightly over 69,000 Lancers in the mix.

The public will buy more of any given product at a lower price, as they say, and the Lancer’s competitive pricing pushes it up the consideration list. The least expensive all-wheel-drive Lancer is the ES AWC, at an MSRP of $20,295. The entry-level Subaru Impreza undercuts the Lancer by $1,900, with an MSRP of $18,395. It’s a big jump up to the next all-wheel-drive sedan, with the 2.0-liter EcoBoost-powered Ford Fusion SE AWD slipping in at $27,015. The AWD Buick Regal 2.0-liter turbo is an intriguing choice, but at $32,390 it's out of the ballpark. One more to consider: the discontinued Chrysler 200 S AWD, which is seeing considerable discounts from the original $29,905 MSRP. Our top-of-the-line Lancer SEL 2.4 AWC carried a starting MSRP of $22,095. If you want an Impreza with a leather interior, you’ll need to drop a lot more cash on the 2.0i Limited, with an MSRP of $24,095. Chalk one up for the Lancer.

The 2017 Lancer is offered in four trim levels. The base Lancer ES is equipped with a 2.0-liter 4-cylinder engine and front-wheel-drive, with either a 5-speed manual or continuously variable transmission. The Lancer ES 2.4, SE 2.4, and SEL 2.4 are exclusively fitted with a 2.4-liter 4-cylinder engine, a continuously variable transmission, and all-wheel drive. The SE trim level gains 18-inch alloy wheels, heated front seats, and a passive entry system (although it lacks pushbutton start). The SEL trim level adds leather upholstery and rain-sensing wipers. The upper trim levels provide suspension upgrades, as well. The SE and SEL models employ a hydraulic power-assist rack-and-pinion steering system, while the ES relies on an electric power-assist unit. The SE and SEL add an 18mm stabilizer bar to the front suspension.

While the Lancer’s FUSE infotainment system provides the expected USB and Bluetooth hookups, it’s a step or two behind the competition. The standard audio system has a 6.1-inch touchscreen display. The USB port and 12-volt outlet are located in a compartment at the base of the dash. Our Lancer SEL was equipped with the $1,500 Sun and Sound option package, which includes a power sunroof and a nine-speaker 710 watt Rockford Fosgate audio system, along with a trunk-mounted 10-inch dual-voice coil subwoofer. If you like your music loud, you’ll find the Rockford Fosgate system to be one of the Lancer’s most compelling features. Adding the Sun and Sound package bumped the total price up to $24,430.

One last note: If the lackluster infotainment head unit is of prime concern, it’s easy to upgrade to an aftermarket unit from Kenwood or Pioneer with Apple CarPlay and Android Auto for less than the price of Mitsubishi’s optional navigation system.

The Lancer SEL’s cabin is handsome and provides a reasonable amount of space for a compact sedan, although the plastic materials feel dated. While we appreciate the SEL’s leather upholstery, steering wheel, and shift knob’s upmarket look, the ergonomics are lacking (nostalgia for the Evo’s magnificent Recaro seats runs deep). The back seat provides 36.9 inches of headroom, 36.1 inches of legroom, and 54.3 inches of shoulder room. The numbers fall a tiny bit short of the Impreza at 37.2, 36.5. and 55.6 inches, respectively. The Lancer's trunk allows for 11.8 cubic feet of cargo with the optional Rockford Fosgate subwoofer and 12.3 without (matching the Subaru Impreza sedan) and the 60/40 rear seat folds down via cabin-mounted releases for additional cargo capacity.

Put aside those fond memories of the dearly departed Evo's truly magnificent turbocharged engine. The all-wheel-drive 2017 Lancer’s 2.4-liter naturally aspirated DOHC 4-cylinder engine produces 168 horsepower and 167 pound-feet of torque. The Lancer has a power advantage over the Impreza’s 2.0-liter engine, which produces 152 horsepower and 145 lb.-ft. of torque. The EPA rates the Lancer SEL 2.4 AWC at 23 mpg city/30 mpg highway. A week’s worth of Autobytel testing in varied winter conditions proved those figures to be reasonable. The Impreza stomps the Lancer in the fuel economy battle, with EPA ratings of 28/38. Mitsubishi’s All Wheel Control (AWC) system provides three settings: front-wheel drive, automatic 4-wheel drive, and 4-wheel drive lock.

The 2017 Mitsubishi Lancer is easy to drive and maneuverable, with a light steering feel. While it beats the Impreza on turning circle (32.8 feet vs. 35.4), it falls far short on ride and handling, where the new Impreza sets the bar high. We had the opportunity to put the Lancer through the paces on slippery snow-covered roads and found it to be well up to the task. The all-wheel-drive system performed flawlessly. Although the Lancer’s acceleration is underwhelming, it hits 60 mph in approximately eight seconds, roughly half a second faster than the Impreza. Unfortunately, however, the Lancer’s CVT drones in a most unsporting manner and lacks the Impreza's non-CVT feel and manual mode. On the upside, the Lancer's 14.5-gallon fuel tank provides a reasonable amount of driving range.

The Lancer provides good crash protection overall, although it lacks advanced safety technology. The cabin contains seven airbags: front, front-seat, side-curtain, and driver’s side under-dash. Rain-sensing windshield wipers and a backup camera are standard on the SEL. Rear park-assist sensors are optional. The National Highway Transportation Safety Administration (NHTSA) rates the 2017 Lancer as Four Stars overall. The Insurance Institute for Highway Safety (IIHS) gives the 2017 Lancer a Good rating in Crashworthiness for the moderate overlap front side, roof strength, and head restraints and seats, along with an Acceptable rating in the small overlap front test. The Subaru Impreza offers a full package of optional EyeSight driver assist technology, including pre-collision braking, lane-departure alert/lane-keep assist, and adaptive cruise control, as well as blind-spot mirrors.

The strength of a factory warranty is a key factor in the long-term cost of ownership. Mitsubishi’s factory warranty package is quite impressive, with a 10-year/100,000-mile powertrain limited warranty, a 5-year/60,000 mile new vehicle basic limited warranty, and roadside assistance that lasts for five years and unlimited miles. By comparison, Subaru’s powertrain limited warranty is 5-year/60,000 miles, and its new car limited warranty is 3-year/36,000 miles. The Lancer’s 84-month anti-corrosion warranty outdistances the Impreza’s 60-month span. Two years can make a difference in cold-weather states that rely on highly corrosive road salt to keep winter ice at bay. Rust is a demon that never sleeps. While Hyundai offers warranties of comparable durations, the Elantra is only offered in front-wheel drive.

While dated and in its last year of production, the 2017 Mitsubishi Lancer AWC remains a viable alternative to the Subaru Impreza. The Lancer’s low price, handsome looks, reliable all-wheel-drive system, and comprehensive warranty make it worthy of consideration.

Affordable AWD vehicles have become a rarity. The big question: Are manufacturers willing to move into the void, or would they rather see customers gravitate toward more expensive AWD crossovers? There's also a wrinkle in the road ahead. Mitsubishi's pivot to a lineup that relies almost exclusively on imported crossovers may run into considerable difficulty if the current administration's bid for an import duty causes consumer costs to skyrocket. While Mitsubishi previously assembled vehicles at a plant in Normal, Illinois, production ended there in in 2015. 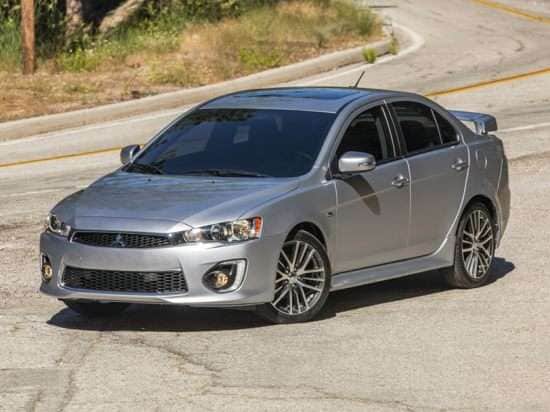