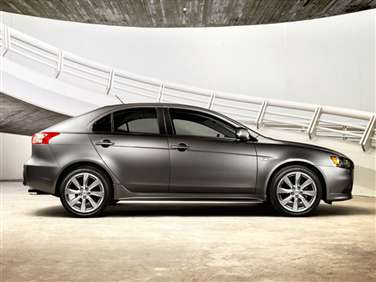 All About Mitsubishi Lancer Sportback

The Mitsubishi Lancer Sportback is a hatchback version of the Japanese auto manufacturer’s Lancer compact passenger car. Mitsubishi has been producing the Lancer since 1973, and over the years the Lancer has carried lots of different badges. It’s been known as the Chrysler Lancer, Eagle Summit, Chrysler Valiant Lancer, Dodge and Plymouth Colt, Mitsubishi Mirage, and Mitsubishi Galant Fortis, among others. These nameplates changed over the years based on the marketability of the car in different regions around the globe.

The first hint of the Mitsubishi Lancer Sportback came in 2005, when Mitsubishi unveiled the Concept-X at the Tokyo Motor Show in Japan, to be followed by the Concept-Sportback at the Frankfurt Motor Show in Germany. The production version of these cars was shown at the North American International Auto Show in January of 2007, and was released in North America in 2007 as a 2008 model year vehicle. However, this version of the Lancer was not quite the sportback model that had been hinted at. The Lancer Sportback, a front-wheel-drive, five-door hatchback, finally made its way to Canada in early 2009, and reached the United States in the summer of 2009 as a 2010 model year car.

The Mitsubishi Lancer Sportback features styling similar to that of the Lancer sedan, but boasts a hatchback rear with a 60/40 split back seat for increased versatile cargo space. It is offered in base ES trim as well as upgraded GT trim. The base model of the Lancer Sportback comes equipped with standard 16-inch steel wheels, air conditioning, cruise control, power accessories, a trip computer, a four-speaker audio system with a CD player and auxiliary input port, a height adjustable driver seat, a tilt steering wheel, and automatic headlights. Safety features include front side airbags, full side curtain airbags, a drivers’ knee airbag, antilock brakes, and stability control. The 2013 model year Lancer Sportback ES features a 2-liter four-cylinder engine that yields 148 horsepower and earned Environmental Protection Agency fuel economy ratings of 24 miles per gallon city, 32 miles per gallon highway, and 27 miles per gallon combined.

Upgrading to the Lancer Sportback GT nets 18-inch alloy wheels, a tuned suspension with sportier components, a body kit, fog lamps, automatic climate control, a leather-wrapped steering wheel, keyless entry and ignition, and a six-speaker audio system with Bluetooth wireless integration and USB and iPod connectivity. Many of these features are also offered on the ES Lancer Sportback as a la carte options or in accessory packages, and a navigation system is available for both trim levels.. There are also options packages that are only available for the GT, such as the touring package, which provides automatic bi-xenon headlights, a sunroof, leather upholstery, heated front seats, a rearview camera, and a Rockford Fosgate audio system upgrade. There is also an optional all-weather features package available, featuring remote start. The drivetrain in the Lancer Sportback GT is a 2.4-liter four-cylinder that yields 168 horsepower, mated to a CVT gearbox equipped with shift paddles. Fuel economy in the GT version of the Lancer Sportback suffers somewhat, with ratings of 22 city, 29 highway, and 25 combined. The Mitsubishi Lancer Sportback is still on sale as of the 2014 model year.