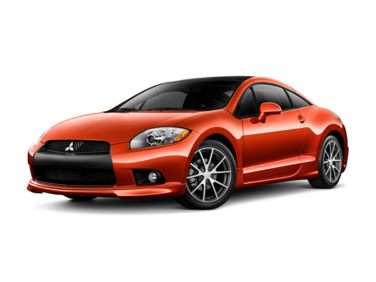 All About Mitsubishi Eclipse

The current Mitsubishi Eclipse includes a 2-door hatchback design that is built around Mitsubishi's PS platform (also used for the Mitsubishi Galant and Mitsubishi Endeavor). The vehicle was designed to hold up to four passengers. However, as a coupe rear passenger seating is limited. Dimensions for the vehicle include a length of 179.7 inches (180.4 inches for the 2009 model), a height of 53.5 inches and a width of 72.2 inches. For the 2007 model year, a convertible version known as the Eclipse Spyder was introduced.

The 2009 Mitsubishi Eclipse featured numerous styling enhancements. Chief among these are a blacked-out front fascia that is reminiscent of the Mitsubishi Lancer Evolution, redesigned rear bumper and dual exhaust system. An optional body kit package (known as the Aero Kit) can also be purchased to modify the exterior appearance of the vehicle.

The Mitsubishi Eclipse is available in two trim levels – GS and GT (both of which can be had in the Spyder convertible form). The base GS model comes standard with a 2.4-liter 4-cylinder SOHC engine that delivers 162 horsepower. This capable engine is paired with a 5-speed manual transmission that can be upgraded to a 4-speed Sportronic automatic transmission.

The Mitsubishi Eclipse GS is outfitted with a powerful 3.8-liter MIVEC V6 engine that outputs 263 horsepower and 260 ft-lb. of torque. The standard transmission is a 6-speed manual with the option to upgrade to a 5-speed Sportronic automatic transmission. Variable valve timing (VVT) is designed to enhance performance during both low- and high-torque driving conditions. Both trim levels are only available in front-wheel drive.

Optional upgrades for the GS include a sunroof, leather upholstery, heated front seats, heated mirrors, 9-speaker stereo system, CD changer and audio controls mounted on the steering wheel. All of these may also be added to the Mitsubishi Eclipse GT, plus additional upgrades that include 18-inch alloy wheels, alloy or aluminum pedals, automatic climate control, 8-way adjustable driver's seat and auto-dimming rearview mirror.