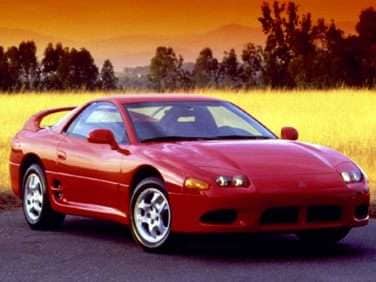 All About Mitsubishi 3000 GT

The Mitsubishi 3000GT is a sports car that was introduced for the 1990 model year and discontinued following the 1999 model year. During its production run, the 3000GT went through three generations of body styles. Vehicles that competed directly with the Mitsubishi 3000GT included the Toyota Supra, Mazda RX-7 and Nissan 300ZX.

A version of the 3000GT was sold by Chrysler as the Dodge Stealth from 1991 to 1996. Outside of the United States, the vehicle was largely known as the Mitsubishi GTO. The vehicle was available in both coupe and convertible body styles.

A high-tech design aesthetic was applied to the Mitsubishi 3000GT both inside and out. The exterior of the vehicle was sleek, with a long front nose and short stature. Side air scoops helped differentiate the vehicle from the competition. Inside, the 3000GT accommodated up to four passengers. As with most sports cars, rear passenger room left something to be desired, with a maximum headroom of 34.3 inches and maximum legroom of 28.5 inches.

The 3rd generation of the Mitsubishi 3000GT brought a new front bumper design and hoop wing to the vehicle. Exterior updates for the 1999 model included further front-end revisions, with minor updates to the bumper, headlights, sail panels and turn signals.