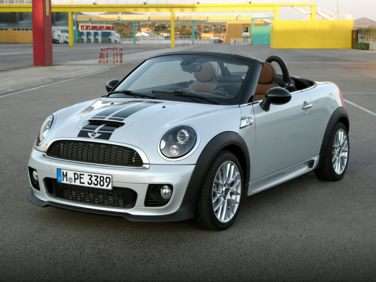 All About MINI Roadster

The MINI Roadster is a sport compact car manufactured by the British MINI brand, which is owned by the German luxury automaker BMW. The MINI Roadster has been available since 2012, after it was officially launched at the North American International Auto Show in Detroit that year. It is assembled at a MINI production facility in Oxfordshire in the United Kingdom. The MINI Roadster is the convertible version of the MINI Coupe, a front-engine, front-wheel-drive vehicle that is based on the MINI hatchback and MINI Paceman compact car models. It was first shown at the Frankfurt Motor Show in 2009, and BMW brought it back to the show car circuit in January of 2011 at the North American International Auto Show in Detroit to officially announce the car’s production. The MINI Roadster is part of BMW’s plan to expand the MINI range to seven models, well beyond the original MINI hatch.

Though there was already a MINI Convertible on the market, the MINI Roadster is differentiated by its lower stance and more aggressive profile, based on the MINI Coupe. It’s a two-door vehicle and has just two front seats; what would be the back seat area is designed to hold cargo, rather than passengers. Like the MINI Coupe, the MINI Roadster is available in the Cooper, Cooper S, and John Cooper Works trim levels. The base MINI Roadster Cooper features a 1.6-liter four-cylinder engine that yields 121 horsepower and a 0-60 acceleration time of 8.7 seconds. This engine can be paired to a six-speed manual transmission with hill start assist or an optional six-speed automatic with paddle shifters. The Environmental Protection Agency gives the MINI Roadster Cooper fuel economy ratings of 27 miles per gallon city, 35 miles per gallon highway, and 30 miles per gallon combined. The Cooper S trim level boasts a turbocharged version of the same engine, which increases its power to 181 horsepower, and fuel economy suffers only about one gallon per mile. The John Cooper Works version of the MINI Roadster is the most powerful, showcasing a tuned and turbocharged 1.6-liter power plant that produces 208 horsepower yet achieves the same fuel economy ratings as the Cooper S trim.