Have you wanted a MINI Countryman, but with two less doors? Well, MINI has the vehicle for you and it's the new 2013 Paceman. The Paceman becomes the second crossover model in the MINI lineup.

The Paceman's exterior is a nice blend of the Countryman and Cooper Hardtop. Up front is the same clip as seen on the Countryman with the large grille and headlights. Plus there is a large front vent sitting underneath the grille. The side profile features a sloping roofline, body cladding, and wide variety of wheel choices. In the back is a large tailgate with the Paceman name stretched across it and huge taillights.

The Paceman interior is much the same as any other MINI model with the huge speedometer in the center stack, toggle swtiches to control many functions, and a variety of interior trim combinations. Unlike the Countryman, the Paceman seats only four, not five.

Power comes from three versions of a 1.6L inline-four engine:

All engines come standard with a six-speed manual, while a six-speed automatic is optional. MINI's ALL 4 all-wheel drive system is only available on the Paceman S and standard on the John Cooper Works model.

Even with the taller ride height, the fun to drive aspect MINI is known for is very evident in the Paceman. The go-cart handling and precise steering is all there. If you're looking for something a bit more aggressive in your Paceman, then the John Cooper Works model is for you. The John Cooper Works Paceman adds a bit more power, lower and sportier suspension, and changes to the exterior and interior. 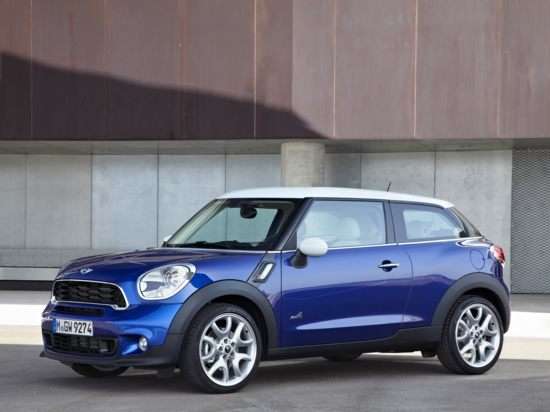