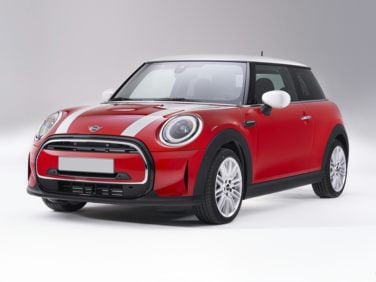 All About MINI Hardtop

One name every fan of MINI automobiles should be familiar with is Sir Alec Issigonis, who designed the original Mini for the British Motor Corporation in 1959, some 43 years before the MINI Hardtop was introduced. Originally called the Morris Mini Minor, the tiny auto ultimately became the best-selling British car of all time.

The design of the Morris Mini Minor was revolutionary in that it placed considerable emphasis on interior space, despite its diminutive size. By mounting the engine at the front of the car sideways (transversely) instead of longitudinally, the engine compartment could be made smaller so more of the remaining space could be given over to the interior of the car. Further, employing front wheel drive concentrated all of the mechanicals at the front of the Mini so there was no need for a driveshaft tunnel or a rear differential. These factors also helped maximize the size of the passenger compartment.

The model came to the US for the first time in 1960, as the BMC Mini. Emissions and safety regulations caused the cars to be pulled from the market in the United States in 1968. The brand name was gone from these shores until BMW reintroduced it in 2002.

The first model to reemerge was called the MINI Cooper, also known as the MINI Hardtop. The car’s “cute” factor made it a shoo-in as far as sales were concerned. The model immediately became very popular, both for its good looks and for the athletic manner in which it drove. A more powerful Cooper S model and an even higher performing John Cooper Works model soon followed it.

This was in homage to John Cooper, of the Cooper Car Company who made his name tweaking the original Mini automobiles for more performance. Cooper was also a very successful racing driver. His name was licensed to BMW to adorn the resurrected BMW Mini vehicle. Cooper was also a consultant on the development of the BMW version of the car.

In addition to the Hardtop, today’s Mini Cooper lineup includes a two-seat coupe and a two-seat convertible. The traditional hatchback model is also offered in a variety of performance tunes. There’s also the crossover-inspired Countryman, and a station wagon-ish model called the Clubman. The most recent Mini Cooper vehicle to be offered (as of June 2013) is a two-door version of the Countryman called the Paceman.