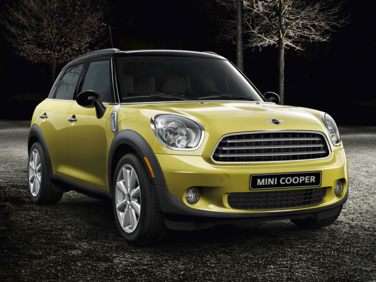 All About MINI Cooper Countryman

OK, so let’s say you were to figure out a way to crossbreed a Mini with an SUV. In all probability, the result would basically be something very much along the lines of the Mini Cooper Countryman. Boasting the elevated ride height of a crossover utility vehicle, along with the overall style and cachet of the more diminutive Mini Cooper models, the Mini Cooper Countryman was something altogether different—and yet familiar— when it was introduced back in 2011.

Preparing the market for its arrival with the three-door Mini Clubman prior to the introduction of the Countryman, the “big” Mini Countryman offers four doors, a backseat grown people can actually occupy while the car is in operation, and a remarkably spacious cargo compartment. In other words, the Countryman made a respectably practical car out of the Mini Cooper.

Yes, we know—that’s kind of antithetical to the whole point of a Mini, but legions of buyers would seem to disagree. Fact of the matter is the Countryman has been quite a success for Mini. And hey, let’s face it—you were running a search for the Mini Cooper Countryman when you ran across this article—right?

Lest the Countryman stray too far away from fun in its nod toward practicality, a number of the quirks we’ve come to love about Mini’s cars are incorporated. For example, the aircraft style toggle switches are present and accounted for. The huge central speedometer, with ancillary gauges incorporated within it is there, and a slightly less aggressive version of the Mini driving dynamics we all love so much are part of the Mini Cooper Countryman package as well. Plus, even though it’s larger than a standard Mini, the Countryman is still smaller than pretty much everything else. This makes it delightfully easy to handle around town, as well as park.

Offered in basically two iterations; Countryman and Countryman S, the Mini Cooper Countryman can be had with a choice of two engines. The base powerplant is a 1.6-liter inline-four cylinder, which makes 121 horsepower and 118 ft-lbs of torque. The Countryman S gets a turbocharger fitted to that engine to spin out 181 horsepower and 177 ft-lbs of torque. Front-wheel drive and a six-speed manual transmission complete the powertrain regardless of the engine choice. A six-speed automatic transmission is offered as an option. The ALL4 version of the Countryman S employs all-wheel drive.