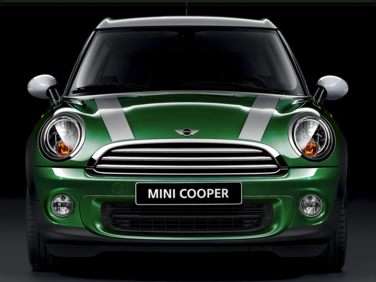 All About MINI Cooper Clubman

The MINI Cooper Clubman is a five-door, four-passenger subcompact wagon. Like all MINI models, the Cooper Clubman is manufactured in Oxford, England. The MINI has been a popular, eye-catching car since its first design was released. The 2008 MINI Cooper Clubman added a whole new look and feel to the popular MINI line. The Clubman receives its name from the original MINI station wagon model offered from 1960 through 1982.

This long awaited model is more than ten inches longer than the standard MINI Cooper with a 3.1 inch extension in the wheelbase. This extra space means more interior seating room for your passengers and a slightly larger cargo spaces. A unique aspect to the Clubman is the new rear door system. The old hatch door has been replaced with two-split center-opening doors that open to the side – think ‘barn’ doors. This system offers easier access to the cargo area and increases the storage capacity to 9.1 cubic feet behind the back seats alone. Another unique aspect from an access point of view, is the small ‘Clubdoor.’ This is a rear-hinged door that helps passengers to get in and out of the vehicle.

The Clubman offers a 1.6L 4-cylinder engine with variable valve timing producing 118 horsepower and 118 pound-feet of torque. If you go up to the Clubman S, then there is a direct-injection turbocharged version of the same engine but offers 172 horsepower at 5500 rpm and 177 pound-feet of torque. Both of the models come standard with a manual six-speed transmission. Optional is a six-speed automatic with Steptronic paddles. Other improvements in the S trim are larger alloys, fog lamps, twin exhaust and performance tires.

One thing consumer’s love about the MINI are the thousands of color combinations that coordinate exterior, body color, contrasting roof and colorline interior trim. The MINI Cooper Clubman has a contrasting rear trim, which is available in only silver or black regardless of the other colors on the vehicle. There is also one paint color unique to the Clubman and that is the Hot Chocolate exterior paint or interior leather seat trim.

The Mini Clubman also feature oversized brakes in the front to improve stopping performance. These vehicles also come with Electronic Brake Force Distribution and Cornering Brake Control, both together improve handling. The MINI Cooper Clubman also has 15-inch tires and run-flat wheels which helps save on weight and space.

The 2009 MINI Cooper Clubman has several small changes from the 2008 design. There is a new trim level available in 2009- the John Cooper Works Clubman. There is also a new speedometer that reaches up to 160. There are a few new wheel designs and a new option to add a roof spoiler on the rear and roof rails. The Clubman is a hatchback that has a pair of swinging doors instead of a liftgate in the rear.

The 2009 Clubman seats four and has three trim levels. The trim levels are the Cooper, Cooper S and the John Cooper Works. The base model is equipped with 15-inche wheel made of alloy, leatherette upholstery, power accessories, a trip computer, air-conditioning, a stereo with six speakers and a CD player, a leather-wrapped steering wheel that tilts and telescopes and mood lighting in several colors. The Cooper S trim has 16-inch wheels, an upgraded engine, a tighter suspension, run-flat tires and sports seats. The John Cooper Works Clubman trim has a more powerful engine, 17-inch wheels, dual exhausts, a high-tech limited-slip differential and Brembo brakes.

The Cooper has a 1.6-liter engine with four cylinders that has 118 horsepower and 114 pounds of torque. The next trim level, the Cooper S, has a turbocharged engine that has 172 horsepower and 177 pounds of torque. The John Cooper Works trim level has a more powerful engine with 208 horsepower and 192 pounds of torque. Both base model and the S trim come with six-speed manual transmission systems standard. There is an optional six-speed automatic transmission available for those trims, but this option is not available for the John Cooper Works Clubman. Options for all trim levels include a 10-speaker audio system, cruise control, xenon headlights, a sport-tuned suspension system, leather upholstery and an automatic climate control system.