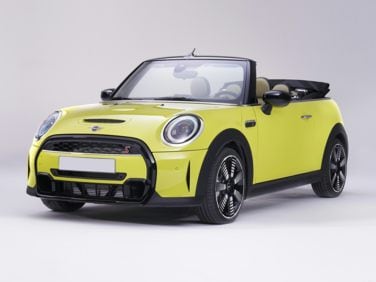 All About MINI Convertible

One name every fan of MINI automobiles should be familiar with is Sir Alec Issigonis, who designed the original Mini some 45 years before the MINI Convertible was introduced. Originally called the Morris Mini Minor, the auto ultimately became the best-selling British car of all time.

The design of the Morris Mini Minor was revolutionary in that it placed considerable emphasis on interior space, despite its diminutive size. By mounting the engine at the front of the car transversely (sideways) instead of longitudinally, the engine compartment could be made smaller so more of the remaining space could be given over to the interior of the car. Further, employing front wheel drive concentrated all of the mechanicals at the front of the Mini so there was no need for a driveshaft tunnel or a rear differential. These factors helped further maximize the size of the passenger compartment.

The model came to the US for the first time in 1960, as the BMC Mini. Emissions and safety regulations caused Mini cars to be pulled from the market in the United States in 1968. The brand name was gone from these shores until BMW reintroduced MINI in 2002.

The first model to reemerge was called the MINI Cooper. The car’s “cute” factor made it a shoo-in as far as sales were concerned. The model immediately became very popular, both for its good looks and for the athletic manner in which it drove. Two years later, in 2004, the MINI Convertible was introduced.  That version of the MINI Cooper went on sale in the United States in 2005.

The electrically operated cloth top was capable of being stowed away or deployed in 15 seconds. Further, it offered a partial opening feature, which permitted it to function in much the same fashion as the sunroof of a hardtop car. Opening over the front seats, it could permit light, without subjecting the car's occupants to the full windblown convertible experience.

The second generation of the MINI Convertible, introduced in 2009, offered a gauge called an “openometer”, which resided on the steering column next to the tachometer. As its name implies, the device’s function was to keep track of the amount of time the MINI Convertible was driven with the top folded away.  MINI USA sponsored a contest for Convertible buyers to see which one could log the most top-down time between August and December of 2009. The winner was David Loveall of Kansas City, Missouri. Loveall logged 555.55 hours of open driving in four months.