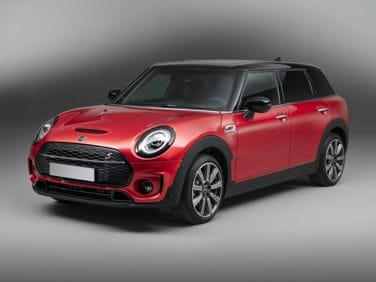 All About MINI Clubman

The MINI Clubman is an extended version of the MINI hatch, which is produced by the British auto manufacturer MINI, which is in turn owned by German performance car manufacturer BMW. The MINI Clubman was introduced in 2008, and in 2012, MINI introduced a variation on the Clubman specifically for commercial applications, which was called the Clubvan. The Clubvan premiered at the Geneva Auto Show the year of its release, and although it was originally available in the United States, it was withdrawn after only 50 examples were sold, because import taxes on commercial vehicles made the Clubvan too expensive. The MINI Clubman is assembled at a BMW production facility in Cowley, England, alongside the MINI Hatch, Convertible, Coupe and Roadster versions.

The Clubman name is a throwback to the 1970s, when the classic British Motor Corporation Mini hatch got an exterior revision; however, it was never a name attributed to a Mini estate-type vehicle. Such vehicles were given the names “Traveller” and “Countryman,” but at the time of the MINI Clubman’s development, BMW did not have the right to use those names, so the Clubman name was revived, although somewhat inappropriately according to traditionalists. BMW later obtained the rights to use the Countryman name, when that MINI crossover model was released several years later. The Mini/MINI history is full of such naming and branding quirks, though, due to the vehicle’s evolution from a single compact car in 1959 to a full lineup of cars under the original name. British Motor Company and its successors produced the Mini and its variants until 2000, when BMW acquired the brand and gave the MINI name to its new lineup of vehicles that were inspired by, but not direct descendants of, the classic vehicles. The original Mini cars were produced right up until 2000, when BMW’s takeover was completed, even though the new generation was in development as early as 1995.

The Clubman is visually and mechanically identical to the two-door hatch from the front to the B-pillar; however, the rest of the body is designed around the Clubman’s wheelbase, which has been extended by 3.1 inches. Rear seat passengers are treated to more leg room, and the owner can take advantage of a bigger cargo space. The cargo area is accessible through barn-style rear hatch doors, rather than the more commonly used liftgate style of door. These doors are also used on one the side of the vehicle for passenger entry and exit, and are found on the right side of the car, regardless of the car’s designated market. This can create confusion in right-hand-drive countries (such as England, the car’s domestic audience) because the passengers using the barn doors must exit the vehicle into the road.

Like the basic MINI Hatch, the MINI Clubman is available in a variety of trim levels, each offering distinct driving experiences and options packages. These trim levels tend to stay consistent throughout the MINI family, and thus, the Clubman offers the same packages as the MINI. They are One, Cooper, Cooper S, and John Cooper Works. Drivetrain options for the MINI Clubman are the same as the rest of the MINI range, with the exception of the limited availability BMW-sourced diesel powerplant in the D models. The One and Cooper models get a 1.6-liter inline-four engine. The Cooper S has a 1.6 inline-four boosted by a turbocharger. Transmission options for the MINI Clubman are a six-speed automatic or a six-speed manual.