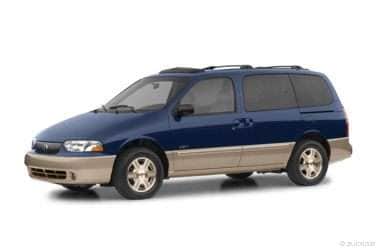 All About Mercury Villager

Cooperation between major automobile manufacturers can be a strange and complicated arrangement wherein two seemingly disparate organizations get together in order to pool their strengths and form a two-pronged attack on the market. When Ford and Nissan decided in 1992 that by working together they could offer a different kind of minivan to the world, the result was the Nissan Quest and the Mercury Villager. These vans had almost identical styling and used the same Nissan engine, with the intention being to fill a hole in the lineups of both companies with a vehicle that was different from other vans of the era.

Flashing ahead to 2002, the Mercury Villager is still offered on the same shared platform as it was at the beginning of the 1990’s. The van’s appearance has been updated to reflect the more rounded, less angular styling that has prevailed in the first years of the new millennium. However, the vehicle’s overall shape is starting to look dated when compared to newer vans from Honda and Toyota, and while some may appreciate its smaller dimensions from a parking perspective, the Villager is clearly giving up valuable inches to the competition.

The Villager’s 3.3 liter V6 engine produces 170 horsepower and 200 lb-ft of torque, a decent amount for a vehicle of this size. Fuel mileage is a middle of the road 17 miles per gallon in the city and 23 miles per gallon on the highway. The Villager’s shorter wheelbase gives it more sedan-like handling than some of the extended vans it is up against, although the lack of standard anti-lock brakes can lead to some hairy moments for drivers unused to the vehicle’s bulk.

Inside, the Mercury Villager does its best to offer classier accommodations than most other vans, with three different trim levels. The base Villager comes with power windows and keyless entry, and can be upgraded with a power driver’s seat and tinted windows. The Villager Sport adds rear air conditioning and second row bucket seats to compliment a stiffer suspension and nicer wheels. The top of the line Villager Estate throws in leather seats and an upgraded stereo, making it an appealing option for those buyers tired of humdrum minivan interiors. Capable of seating up to seven passengers, the Villager provides adequate interior room although it does not offer the same accommodations as the extended platforms available from Dodge or General Motors.

The 2002 Mercury Villager has in many ways been left behind by the same vehicles it once saw only in its rear view mirror. When they were first introduced, both the Villager and the Nissan Quest were genre-leading vans that offered much nicer interior design and comforts than their more basic domestic competitions. However, essentially abandoned by Ford as a result of the success of the Windstar, the Villager platform has had to soldier far too long without significant updates, making it hard to recommend it over more modern options.

The Villager was discontinued at the end of the 2002 model year and was replaced by the Mercury Monterey.