Mercury plays The Name Game with its large, and more powerful, sedan

What it Is
By Keith Buglewicz
2008 Mercury Sable -- 2007 Chicago Auto Show Preview: If a good chunk of Americans still like big sedans, the 2008 Mercury Sable will have no excuse for poor sales. That hasn’t proven true with the current Mercury Montego, but maybe that’s because all those buyers have been eagerly awaiting the return of the Sable nameplate. Therefore, 2008 marks the return of the Sable (hallelujah!), while it simultaneously signals the death of the Montego moniker (unless Mercury decides to bring it back a few months later…but what’s the chance of that happening?). In any case, the ’08 Sable offers traditional Mercury styling cues and a more powerful V6 mated to a six-speed automatic. Pricing has not been announced.

The 2008 Mercury Sable is very significant to Mercury’s current and future success. Every new Ford Motor Company product, including those from divisions such as Mercury, is essential to the company’s North American “Way Forward” turnaround plan. During the heyday of the original Sable and Taurus twins, Ford had the best-selling family sedans in the United States. But Japanese competition marginalized these winners, and they were largely relegated to fleet duty until their ultimate demise. It is the job of the revived Sable and Taurus vehicles, along with the smaller Fusion and Milan models, to regain the crucial sales volumes of the once-iconic Sable/Taurus.

A tall, “Command Seating” stance makes entry and egress on the 2008 Mercury Sable SUV-like and also aids outward visibility. Inside, the front passenger’s seat folds flat and the rear seats split 60/40 for creative stowage solutions of items up to nine ft. long or just gobs of gear. Mercury claims the Sable has best-in-class front and rear leg room, and noise levels in the spacious interior are reduced five percent, easing conversation and adding relaxation to the drive. The new, two-tier center console has hide-away storage in the lower compartment. A new steering wheel design moves the front airbag further away from the driver to help reduce unnecessary injury.

Cisco Codina, Ford Motor Company’s vice president of North American marketing, sales, and service, is proud of what the 2008 Sable offers its potential buyers. “Mercury products are aimed at winning over new customers who value distinct touches, and this new Sable is sure to impress with a more refined interior design and jewel-like details throughout. Mercury has a great deal of momentum right now, with a fresh lineup including the redesigned Mariner small SUV and popular Milan sedan. The new Sable will help continue this momentum.”

If Ford’s turnaround plan is dubbed The Way Forward, why does it involve so much backward thinking? Renaming vehicles after models that, to anyone outside of Dearborn, recall awful rental cars? The Ford Taurus and Mercury Sable haven’t been desirable models for at least ten years, at roughly the time they simply became appliances associated with business trips and family vacations. So, when the company is in desperate need of sales and the resulting profits, it jumps into a renaming scheme that will probably confuse shoppers. Maybe the idea resides at a level of brilliance above which we common folks are capable of understanding. Or maybe it’s just a wacky idea delivered at a time when FoMoCo needs exciting and class-leading products. 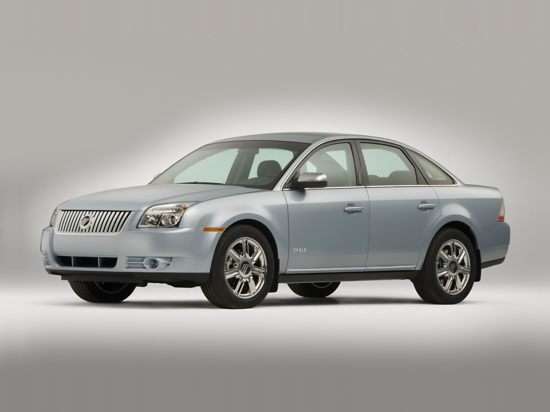