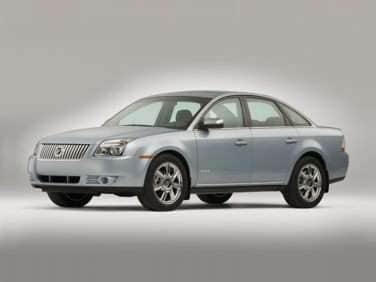 All About Mercury Sable

The Mercury Sable is a four-door, five-passenger full-size sedan. Reviving an old name, Mercury has re-badged the Montego with the recognized Sable name. With more than 500 changes, the Sable is actually quite different from the Montego and its earlier twin from the 1990s, the Ford Taurus. Improved power, more responsive handling and 30% more power are a few of the changes made to the 2008 Sable. Many safety features, including being rated as the safest full-size sedan in America (with the stability control option), are a few things that make the 2008 Mercury Sable a good buy.

Economical, powerful and practical, the 2008 Mercury Sable is a hit in the full-size sedan category. While it doesn’t outperform other cars in its class, the Sable delivers when it comes to daily driving and road-trip duties.

The Mercury Sable is equipped with a 3.5 liter V6 engine with an output of 260 horsepower and 245 feet-pound of torque. This engine is paired with an automatic six-speed transmission for all models and trim levels. Depending on the trim level, it is available in both all-wheel drive or front-wheel drive.

Being tuned for maximum fuel economy, the transmission has been noted to downshift slowly on occasion. The fuel economy is rated at an average of 17 - 18 mpg city and 24 – 28 mpg highway, which is respectable in the full-size sedan category.

Safety is an important feature in the Mercury Sable. The National highway Traffic Safety Administration has rated the Sable with five stars on all crash tests performed. The Insurance Institute for Highway Safety has rated the Sable with “Good” test scores in both frontal-offset and side-impact tests. Antilock disc brakes, front-seat airbags, full-length side curtain airbags and traction control are standard features that contribute to the high safety ranking. The airbags in the Sable include Ford’s Safety Canopy, which will keep the airbags inflated for several seconds in the instance of a rollover. Optional safety equipment includes power-adjustable pedals, rear parking sensor and stability control.

There are very few changes made to the Mercury Sable for the 2009 model year. Among the changes that have been made are new seat fabric styles that come with an option for glossy pieces of trim. There is also an option for interior upholstery in two-tone leather with stitching in contrasting colors. The 2009 models have also received stability controls as standard on all models. On the Premier trim models, satellite radio and parking sensors are now standard features. There is a new option package, the Voga package, that includes new exterior and interior colors, 18-inch wheels, new badging that is exclusive to the package and cashmere trim on the interior.

There is also a new engine under the hood of the Sable. It now comes with a V6 engine. The fuel economy rating has stayed the same with the V6 as it was in 2008. In the front, the sable was updated with a new grille and new headlights.

There are two trim levels available for the 2009 Sable. Both the base and Premier trims have a standard 3.5 liter, V6 engine with 263 horsepower. Both all-wheel drive and front-wheel drive are available. The base trim has power accessories, a steering wheel wrapped in leather, 17-inch wheels, interior trim with wood grain, power seats, cruise control, a CD player, air-conditioning, an auxiliary input jack and a rearview mirror with auto-dimming.