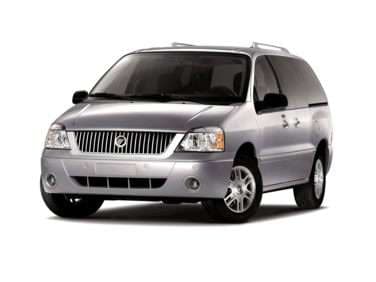 All About Mercury Monterey

The Mercury Monterey is a minivan that originally debuted for the 2004 model year. The vehicle replaced the Mercury Villager within Mercury's vehicle lineup. Due to lackluster sales, the Monterey was discontinued following the 2007 model year. A minivan successor to the vehicle has yet to materialize, though some speculate a Mercury version of the Ford Flex may be in the works.

During its production run, the Mercury Monterey competed with such vehicles as the Hyundai Entourage, Toyota Sienna and Dodge Caravan.

An unrelated vehicle known as the Mercury Monterey sedan was manufactured from 1950 to 1974.

The Monterey was a clone of another Ford vehicle – the Ford Freestar. Both vehicles were built on the V-platform and shared a similar body style. A more luxurious design set the Mercury Monterey apart from its brother, with slightly better materials used throughout. Overall dimensions for the vehicle included a length of 201.5 inches, width of 76.6 inches and height of 68.8 inches.

Inside, the dashboard layout was identical to the Ford Freestar. The vehicle accommodated up to seven passengers. Front and rear obstacle detection and good window visibility at all corners enhanced safety. The third row of seating could be folded flat for additional cargo room. Total cargo space was 136.9 inches.

The Monterey was originally available in three trim levels – Convenience, Luxury and Premier. Following the 2005 model year, only the mid-level Luxury trim would remain.

All Mercury Monterey models came equipped with a 4.2-liter V6 engine. This engine was larger than the one found in the Ford Freestar and delivered 201 horsepower and 263 lb-ft. of torque. A 4-speed automatic transmission provided EPA-estimated fuel efficiency of 16 mpg in the city and 22 mpg on the highway.