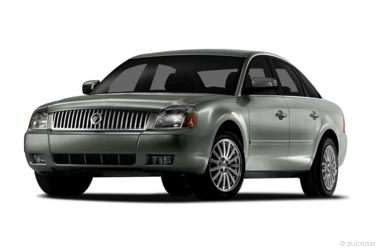 All About Mercury Montego

The Montego name dates back to the late 1960’s, when it was applied to the mid-size Mercury offering alongside the Ford Torino. The two vehicles underwent a strange evolution over the course of the next 8 years that saw them shed their sporty look and balloon in size until the coupe, sedan and wagon versions of the car had transformed into typical mid-70’s land yachts. When Ford revived the classic Five Hundred name for its Taurus replacement in 2005, it was decided that the vehicle’s Mercury twin should receive similar treatment. This lead to the Montego brand being given new life as the company’s modern full-size sedan.

The 2007 Mercury Montego rides on a new platform that is only two years old, and vast improvements have been made compared to previous vehicles built by Mercury for this market. The Montego’s styling is tall, broad and bold, making it easy to notice in a crowd without resorting to any over the top design cues. The vehicle is aimed at taking on competition from across the Atlantic, and would not look out of place on European roads.

The Montego makes use of a Duratec 3.0 liter V6 that generates 203 horsepower, placing it in the middle of the pack in terms of performance. When ordered with front-wheel drive, the Montego is fitted with a smooth-shifting 6-speed automatic transmission, but an all-wheel drive option brings with it a continuously variable unit. The front-wheel drive Montego delivers excellent fuel mileage for a vehicle of its size, seeing up to 29 miles per gallon on the highway and 21 driving around town.

The Montego doesn’t just look big on the outside – it backs it up with one of the largest, most comfortable passenger compartments found in its class. Mercury has made the most of the interior’s usable space, and four adults can happily take an extended road trip without feeling worse for wear at the end. Combined with the largest trunk found in a full-size sedan and a folding rear seat, the Montego also wins when it comes to hauling cargo. Wood trim and aluminum accents set the vehicle apart from its Ford cousin, and seats are comfortable and can be wrapped in optional leather.

The low power of the vehicle’s V6 engine doesn’t do well to introduce any excitement into the Montego driving experience. The car’s size works against it both in terms of acceleration and handling, especially when pushed through twisty roads. It also doesn’t help that parts of the vehicle’s suspension are sourced from the Volvo XC90 SUV, giving it good stability but transmitting imperfections in the road across rougher terrain. The all-wheel drive system does a good job of increasing traction on slippery surfaces, but it is an electronically controlled system that keeps all power to the front wheels during normal driving, limiting its performance-enhancing potential.

The Mercury Montego underwent a name change at the end of the 2007 model year along with the Ford Five Hundred, with both cars reverting to their previous monikers, the Sable and the Taurus.