NEW YORK CITY, NY - Mercury is hurting. With the departure of the Cougar sport coupe and Villager minivan, the brand was down to four relatively undistinguished models for 2003: retiree-special Grand Marquis, old-school hot rod Marauder, pseudo-luxury SUV Mountaineer and midsize Sable, the latter in sedan and station wagon flavors. But Mercury insists that a product revival is imminent. First out of the gate is the 2004 Mercury Monterey minivan, a luxed-up edition of the Ford Freestar. Next is the 2005 Mercury Mariner SUV, which is based upon the revised 2005 Ford Escape. And coming soon is the 2005 Mercury Montego, a larger midsize sedan to replace the aged Sable.

Mercury chose the 2003 New York Auto Show to unveil the new Mariner. It differentiates itself from volume models of the Ford Escape with a monochromatic paint treatment, satin-finish vertical bar grille, unique stacked headlamp elements with integrated fog lights, and horizontal satin-finish "brush bars" on the taillight lenses. Bumpers also get satin-finish inserts, and the standard alloy wheels are unique.

Available with either front- or four-wheel-drive, the 2005 Mercury Mariner is expected to behave much like the Ford Escape when it comes to ride and handling, meaning it will be fun to drive and handle more like a car than a truck, thanks in part to its four-wheel-independent suspension. The Mariner's available 4WD system automatically transfers torque from the front wheels to the rear wheels when slippage is detected.Standard equipment includes a 160-horsepower, 2.3-liter inline four-cylinder engine mated to a four-speed automatic transmission. Available is a 200-horsepower, 3.0-liter V6. For increased safety, seat-mounted side impact airbags and side curtain airbags with rollover protection are optional.

Prices have not been announced, but expect the standard Mercury Mariner to start just north of $21,000 with loaded versions closing in on $30,000. Given the Mariner's upscale styling details and its basis upon the fundamentally sound Ford Escape, this Mercury has a good shot at success, bridging a gap that exists between loaded versions of the Toyota RAV4 and basic editions of the BMW X3 2.5i. 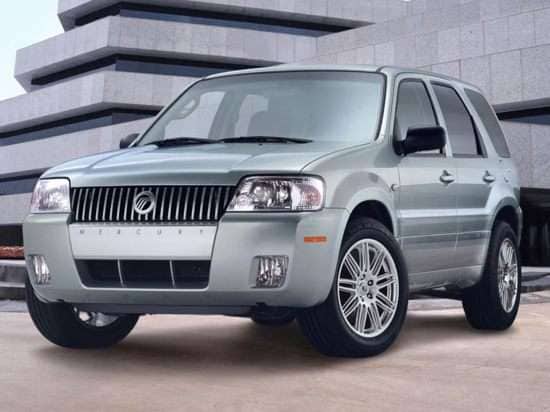