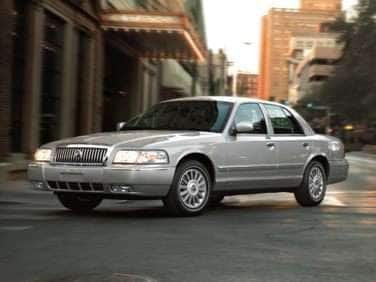 All About Mercury Grand Marquis

The Grand Marquis is also the only car in its class of large family sedans with a standard Flex-Fuel V8 capable of running on E85 ethanol. With so many exclusive offerings, the Mercury Grand Marquis is a major hit for those looking for comfort, features, power and luxury without the Lincoln Town Car price tag.

Being a large rear wheel drive sedan the Mercury Grand Marquis needs some real horsepower to feel quick and responsive. The single overhead cam, 4.6 liter V-8 engine puts out 224 horsepower and 275 pound feet of torque. The flex-Fuel engine is capable of running on ethanol. It is shifted by a four-speed automatic transmission.

The suspension on the Grand Marquis consists of front independent suspension and short and long arm front suspension, front and rear stabilizer bar and solid axle rear suspension. The large sedan can be difficult to drive in tight spots, but the car’s steering is relatively responsive, giving it a better feel while driving and steering.

The fuel economy is rated as an average number for a sedan of this size. With 15 mpg city and 23 mpg highway, the grand Marquis does not have the best gas mileage on the road, but is average.