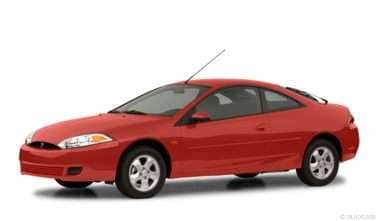 All About Mercury Cougar

The Mercury Cougar has played several different roles in its 30 year history at the Ford Motor Company. The vehicle was first introduced in 1967 as more upscale vehicle built on the same platform as the popular Ford Mustang, but it later veered off into a purer luxury direction. The 1970’s saw the Cougar struggle to find an identity, as it was paired with the overweight, wallowing Thunderbird, a situation that would continue throughout the 80’s and 90’s. The vehicle was in dire need of a makeover, and in 1999 Mercury dramatically changed the course of the Cougar by transforming it into a compact sports coupe.

The 2002 Mercury Cougar is built on the same platform as the discontinued Ford Contour sedan. The vehicle displays very European styling, with a series of creases and ovals forming a unique, futuristic body. There are two different engines available in the front-wheel drive Cougar. The first is a 2.0 liter Zetec 4-cylinder that makes 130 horsepower. For peppier performance, buyers can upgrade to a 170 horsepower 2.0 liter V6. Either engine can be had with the choice of a 4-speed automatic or 5-speed manual transmission.

In addition to the base trim, the Cougar can be had as either an S or an XR model. The entry-level coupe comes with power everything and a dash-mounted CD player, while the Cougar S upgrades the interior and adds 17-inch wheels, anti-lock brakes and a rear spoiler. The XR is little more than an appearance package, changing the look and color of the seats and wheels. There are a number of individual options packages that can be used to upgrade the Cougar with items such as leather seats and a nicer stereo. The interior of the Cougar is more comfortable than its small size and two doors might lead buyers to believe, and it wisely makes use of a 2+2 configuration instead of trying to cram three passengers into the rear seat space.

The Mercury Cougar provides as reasonably sporty a driving experience as its front-wheel drive drivetrain layout can allow. With widely-spaced wheels and a stiff suspension designed to favor performance and good vehicle dynamics, the Cougar is surprisingly agile in a wide variety of driving situations. When equipped with the V6, the platform has enough power to keep things interesting without overwhelming the car. Fuel mileage is also very reasonable with either motor.

The Mercury Cougar stands out from the crowd of sedan-derived compact coupes largely due to the fact that it was designed to do just that – be different. None of the Cougar’s contemporaries resemble the vehicle in terms of exterior appearance, and while there may be those which can top its fun factor, it still makes a solid buy given its low price.

Production of the Mercury Cougar ceased at the end of 2002, as a result of Mercury’s decision to focus on sedans, minivans and sport-utility vehicles instead of performance. The vehicle, which had no analogue in parent company Ford’s lineup, was not replaced.