Over 100 years of commercial vehicle history
By Jeff Glucker

Driving a large vehicle can be a daunting affair, but automakers are working to make their full-size rolling rigs more comfortable for those behind the wheel. One such automaker is Mercedes-Benz, which has been building commercial vehicles for over 100 years. In fact, the German manufacturer was the first to put a diesel engine in such a vehicle way back in 1932. It produced 32 horsepower, and helped shuffle the L300 from one job to the next.

Mercedes-Benz invited us out to sample the third-generation Sprinter, not to show off some changes to the engine or interior packaging. No, our time was spent getting to know a bit more about the safety features that come standard on every Sprinter, and how fuel efficient it can be.

That fuel efficiency stems from the use of a 3.0-liter six-cylinder turbodiesel engine. It’s good for 188 horsepower and 325 pound-feet of torque. Paired with a five-speed automatic gearbox, it’s a powertrain that results in smooth acceleration and surprising efficiency. Mercedes states that the Sprinter is capable of achieving nearly 25 miles per gallon on the highway. Our own driving route included a mix of city and highway driving, so we knew we wouldn’t be seeing that figure.

The first run was one lap around the route with no instruction. Our resulting fuel economy was a fairly dismal 11 miles per gallon. The next run we were coached on lightening our throttle and brake application, keeping our eyes way down the road to coast up to soon-to-turn red lights, and making sure we weren’t pushing the Sprinter harder than necessary. This time we were able to push our fuel economy up to 18 miles per gallon. Keep in mind; this is on a Sprinter that’s not even broke in yet, showing just 100 miles on the odometer.

Time for some two-wheel motion

Time for some two-wheel motion

After the fuel efficiency demonstration, our attention turned to safety. Every single Mercedes-Benz product produced comes standard with Adaptive ESP, and this includes the Sprinter. To examine just how stable a platform we were driving, we pushed the Sprinter through a slalom course and then into an emergency braking zone. Steering was light yet communicative through the slalom and the vehicle came to an abrupt but highly controllable stop in the braking zone.

By contrast, we also sampled a Ford Econoline through the same course and the results weren’t quite as confidence inspiring. The handling felt numb and steering required far more input. During braking, the front end of the Ford would shimmy from left to right. On top of that, our stopping distance was greater.

There was still one demonstration module left, however, and it was a great example of how hard the safety systems work in a vehicle. One of the Sprinter vehicles on display was equipped with a pair of outriggers, while inside it was improperly loaded with three larger water barrels placed near the ceiling to simulate a poorly loaded vehicle. A test driver than jacked into the OBD II port to shut down the ESP system, something you can’t do on a standard Sprinter.

Three runs were taken, with the first two at 20 and 30 miles per hour respectively and the final run at 40 miles per hour. The first two runs were done with ESP off, while the fastest run was done with the system turned back on. At 20, the vehicle moved a bit but it wasn’t too terrifying. Once at 30, however, the Sprinter put itself on two wheels and would’ve kept going if not for the outriggers. Now, the system was switched back on and the final run was done at 40 miles per hour. What happened next? Not much really, which is a good thing, because the system kept the vehicle on the road safely.

The Sprinter Test the Best tour is a wonderful rolling example of just how safe and efficient these large lumbering beasts can be. Mercedes-Benz builds a class-leading machine that keeps both people and cargo safe, while hauling them in an efficient manner, and we got a first-hand look at that.

Thought it was fun, we highly recommend you keep your own Sprinter vans on four wheels. 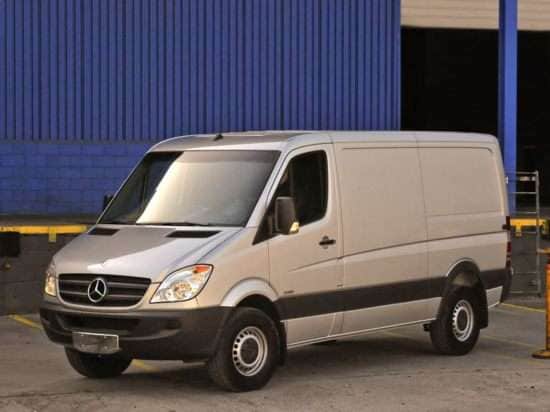