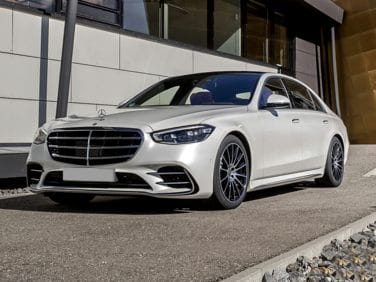 All About Mercedes-Benz S-Class

The Mercedes-Benz S-Class is a four-door, five passenger luxury full-size sedan. The Mercedes-Benz S-Class sedan has been the standard of the world for automotive and luxury excellence for decades. The flagship of the Mercedes-Benz lineup, the full-size S-Class has long been known for its combination of style, performance and high-technology. Mercedes has constantly worked to evolve the S-Class, and aside from a few periods of stylistic anonymity, the vehicle has been well received throughout its entire existence by both the automotive press and those who matter most: buyers.

The 2008 version of the Mercedes-Benz S-Class dates back to a 2006 re-design that saw the vehicle acquire a more distinctive exterior appearance, especially in the rear quarters where a unique, bill-like trunk interrupts the flow of the sedan’s quarter panels and bumper. The front of the sedan remains aerodynamic and inviting, with a rearward-leaning front grille flanked by two teardrop headlights.

The S-Class is available with a number of different engines, and none of them are unimpressive. The base S550 sedan features a 5.5 liter V8 engine which produces 382 horsepower and 391 lb-ft of torque, which is enough to give the heavy full-size a 0 to 60 miles per hour time in the mid-5 second range. The S550 can be had in either rear-wheel or all-wheel drive configurations.

Moving up on the horsepower ladder is the S600, which provides buyers with a bi-turbo V12 that generates 510 horsepower and an almost obscene 612 lb-ft of torque. These numbers are good enough to knock a full second off of the S550’s acceleration time. Although the S600 would seem to be more than enough car for any executive, Mercedes-Benz also sells two AMG versions of the S-Class, the S63 and the S65. The 6.3 liter V8 in the S63 provides the same performance as the S600, and for less money, but the bi-turbo, 604 horsepower, 739 lb-ft of torque V12 in the S65 manages to shave 0.2 seconds off of the sprint to 60 miles an hour. However, given that the price increase for this extra bit of speed works out to around $25,000 per tenth of a second, the value equation for the S65 just doesn’t add up when compared to the S600.

Of course, the S-Class is far more than just large engines and neck-snapping speed. The S600 is an excellent example of the fine point of automobile technology. The vehicle helps make life easier for drivers with blind spot assist, which provides alerts if another automobile pulls up on either side while changing lanes, parking assist, and enhanced, radar-guided cruise control which can automatically keep a safe distance from traffic in front of the vehicle. HID headlights and Night View assist, which provides an infra-red image on the dashboard of the road ahead make driving at night that much safer. Of course the passenger compartment is decked out in fabulous leather, with heated adjustable seats and tasteful door panel accents. In fact, the S600 is so well-equipped that the only available options are a different set of wheels and an iPod adapter.

The Mercedes-Benz S-Class continues to be a leader in safety, performance and luxury, and should be the yardstick against which all other full-size sedans are measured.

The 2009 Mercedes-Benz S-Class is a carryover from 2008. The 2009 S-Class can be ordered in four different trim levels. The base S550 features a 382 horsepower, 5.5 liter V8 engine that also produces 391 lb-ft of torque. A 7-speed automatic transmission is standard equipment, and all-wheel drive is also available. Fuel economy for the S550 comes out to 14 miles per gallon around town and 22 miles per gallon on the highway. The next step up for S-Class buyers is the S600, which is powered by a 5.5 liter, twin-turbo 12-cylinder engine. With 510 ponies and 612 lb-ft of torque, the S600 is backed by a 5-speed automatic and sees fuel mileage of 11 miles per gallon around town and 17 miles per gallon in the city.

There are two AMG editions of the S-Class sedan. The S63 reverts back to a V8 engine, this one displacing 6.2 liters and generating 518 horsepower and 465 lb-ft of torque. A 7-speed automatic transmission sends power to the rear wheels, and fuel mileage is rated at 11 miles per gallon in the city and 17 miles per gallon during highway cruising. The SL65 steps back into V12 territory with a 6.0 liter unit that uses twin-turbos to crank out a stunning 604 horsepower and 738 lb-ft of torque. Shifted through a 5-speed transmission, the S65 sees fuel economy numbers that are identical to the S63.