A facelift does not a leading crossover make.

Take a second and think about all of the people you know well. Mixed in there are sure to be at least a few close pals, perhaps a couple of friendly co-workers and a warm-hearted family member or two. Take another second to think about what each of those people does extremely well. Chances are some of the folks impress with their ability to succeed at most anything, like the athletic uncle with the MBA and beautiful family, while others zero in on one particular skill, such as your buddy the Keg Stand Champion.

The latter approach might work for some people, but in the car world, the prize goes to the ride that ranks “Best” in the most categories, and looks good doing it. The 2011 Mercedes-Benz R-Class is not that car, though with truly comfortable seating for up to seven passengers, a new-for-2011 mug and the availability of a clean diesel engine, this luxurious crossover is not without merit. Of course, no vehicle can satisfy every demand, but unfortunately for the R-Class, there are others that come closer.

The 2011 Mercedes-Benz R-Class, built in Alabama, goes on sale in August.

#10. Expect a nominal price increase with the 2011 Mercedes-Benz R-Class.

That equates to roughly $50,000 for a 2011 Mercedes-Benz R-Class R350 4MATIC, which in addition to a long name comes with a power sunroof, power lumbar adjustments for the driver, Bluetooth connectivity, and a gasoline-powered engine. In exchange for a bit more coin ($1,500 on 2010 models), the R350 Bluetec swaps in a diesel engine that adds torque and greater efficiency.

As is the case with many vehicles on the market, the 2011 Mercedes-Benz R-Class arrives with a healthy injection of standard equipment, but most of the good stuff is found on the options list. That’s where you’ll discover the $4,000 Premium 1 Package, which includes niceties like a navigation system, an iPod adaptor, a power liftgate, a handy 115-volt power outlet, and more. Or, for $6,050, buyers can opt for the Premium 2 Package, which, in addition to the content of the Premium 1 Package, adds a Harman/Kardon audio unit and keyless ignition system.

#8. It’s the same R-Class, albeit with a face and butt lift.

To be a legitimate crossover, it helps to look the part. With that in mind, Mercedes designers have scrapped the R-Class’s soft front-end styling, replacing it for 2011 with a mug that better aligns the vehicle with SUVs such as the ML-Class and GL-Class.

The 2011 Mercedes-Benz R-Class is all-new from the A-pillar forward. Fenders were reshaped, the nose is taller and more upright, the optional LED daytime running lights can be added, and the result is a more masculine appearance. Move along the R-Class’s flanks and you might notice that only the mirrors and wheel designs have changed, whereas the rear end has been tweaked with a restyled bumper and LED taillights (the shape of the lights is unchanged). Inside, the gauge cluster and steering wheel have been massaged slightly and the vents are now silver.

Except for some 2007 models, all R-Class variants sold in the U.S. have been motivated by V6 power, a fact that hasn’t changed for 2011.

Packed under the hood of the R350 4MATIC is a 3.5-liter six-banger generating 268 horsepower and 258 lb.-ft. of torque. Output is directed to all four wheels through a seven-speed automatic transmission. EPA-rated fuel economy measures 15 mpg around town and 19 mpg on the highway.

Also available with the R-Class is a desirable engine that has, curiously, avoided the attention of most shoppers. It’s the 3.0-liter Bluetec, a clean, 50-state diesel V6 that puts out only 210 horsepower but 400 generous lb.-ft. of torque, all while returning EPA ratings of 18 mpg city and 24 mpg highway. We averaged 22.3 mpg during an abbreviated run comprised mostly of city driving.

Weighing in between 4,949 lbs. (six-passenger 2011 R350) and 5,280 lbs. (seven-passenger R350 Bluetec), the 2011 Mercedes-Benz R-Class is, like most crossovers, quite hefty. Therefore, it didn’t come as a great surprise to find that performance was a wee bit shy of invigorating.

As one would expect with 400 lb.-ft. of torque at play, the R350 Bluetec’s off-the-line response was impressive, and we certainly didn’t have any trouble blending into fast-moving traffic or overtaking a few cars out on the open road, but that heavy, laden feel was ever-present. Diesel clatter is easily heard at slow speeds.

The gasoline-powered 2011 R350, by comparison, delivered sufficient gusto for daily family-hauler duty, though the lack of grunt had us soon longing for the R350 Bluetec’s relatively enjoyable diesel. Smooth operation characterized the seven-speed gearbox.

Out on the road, we found the Bluetec’s steering to be vague and, opposite the norm, heavier at slow speeds though lighter at highway speeds. A run in the gas R350 rewarded us with more communicative steering feel and the overall sensation of tighter handling.

#5. The R-Class’s comfort cannot be denied.

What the 2011 Mercedes-Benz R-Class lacks in the fun-to-drive category is more than offset by its comfortable interior. Up front are firm, supportive bucket seats wrapped in quality leather (optional), multiple power adjustments that ensure a specialized fit, and a power tilt and telescoping steering wheel. Overall room is generous, and the abundance of padded surfaces gives the R-Class a luxurious feel. On the flip side, cheap plastic climate-control dials steel some of the cabin’s thunder, as do the vinyl visors.

As you move to enter the R-Class’s second row, you’ll notice that the rear doors are long, and can be problematic in tight parking situations. Kids sitting in the rear seats might also have an issue reaching and tugging on the doors. However, once situated inside, passengers will find comfy buckets and plenty of foot, leg and head room.

That leaves the third row, something few so-called crossovers address all that well. The R-Class stands above the crowd in this regard, as accommodations are laudable back there, with ample room for our five-foot-eight-inch tall editor. Another journalist, standing six-foot-six-inches tall, was able to find a comfortable position by sliding the second-row seats forward a bit. The third-row chairs are softer and more hospitable than what you’ll find elsewhere on the crossover market, with easy access granted by the tilt-and-slide second-row buckets.

#4. Creating a flat cargo floor doesn’t need to be this complicated.

Years ago, transforming multi-passenger vehicles into cargo toters often required at least two people, lots of muscle, and some empty garage space for temporarily dislocated bench seats. For the most part, those days are gone, but the 2011 Mercedes-Benz R-Class proves that the modern interpretation isn’t free of its share of complications.

#3. There is a benefit to lowering those rear seats.

Thanks to its long and tall proportions, the 2011 Mercedes-Benz R-Class offers a good deal of usable cargo space, even with passengers seated in all three rows. That’s equally important for parents who need to transport groceries and kids at the same time and weekenders heading to a resort with friends and their luggage. Behind the third row is 15.2 cubic feet of usable storage space and behind the second row is 42.2 cubic feet. Lower all second- and third-row seats and you’ll have 85 cubic feet of cargo room, with access made easy courtesy of a wide trunk opening and optional power liftgate.

Elsewhere inside the updated R-Class are a number of storage cubbies, cupholders and other storage provisions that make this a suitable ride for road trips and general family duty.

According to Mercedes-Benz, the 2011 R-Class blends minivan, passenger car and SUV traits, though the list of competitors (again, according to Mercedes) consists only of crossovers including the Buick Enclave and Audi Q7. It may be hard for those unfamiliar with the Buick Enclave to believe, but we suggest giving that model serious consideration before signing on the dotted line for a new R-Class. Aside from the subjective issue of styling, the Enclave offers owners superior design (think folding seats), 30 additional cubic feet of available cargo space and a lower price. To us, that makes the Buick a better option.

For its part, the Audi is more enjoyable from behind the wheel, but comes up short in terms of cargo and overall passenger space.

#1. Too many shortcomings, too few advantages.

After testing hundreds of models over the years, we’ve come to one conclusion: No vehicle is perfect. There’s always something that can be improved, designed better, or massaged to be more attractive. Because of that, it becomes vitally important to create a car, truck, SUV, or crossover that bests its competition in as many ways as possible.

Admittedly comfortable, spacious and visually superior to the 2010 version it replaces, the updated R-Class continues to suffer from bothersome folding rear seats, large and heavy rear doors, a less-than-intuitive navigation system, and the absence of Mercedes’ COMAND all-in-one central control dial. The R-Class’s Bluetec variant is a bright spot, though one arguably outshined by alternatives including the faster and more efficient BMW X5 xDrive35d. From our perspective, that makes the 2011 Mercedes-Benz R-Class a tough sell. 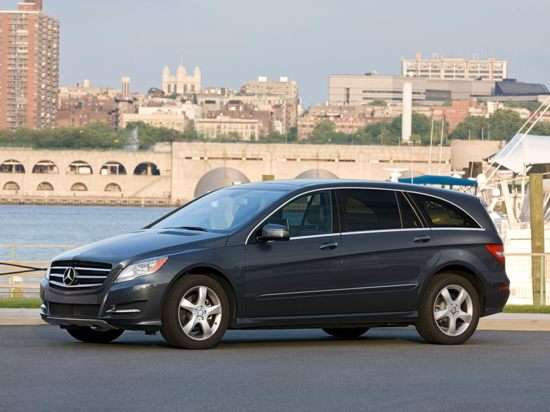 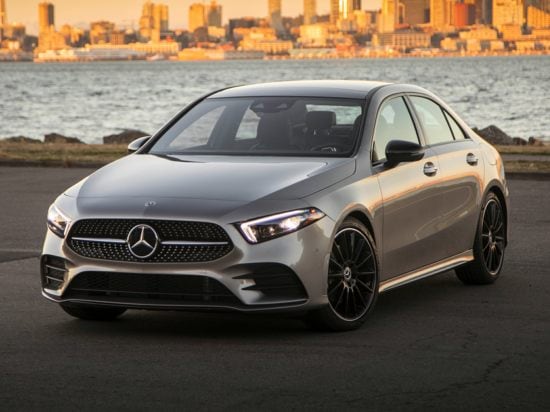