The Mercedes Benz CLS550 is a four door four passenger luxury sedan, in fact the CLS paved the way for all sleek four doors with features like frameless windows and an arched roofline making the big bodied Benz look like it only has half as many openings.  The CLS550 is powered by an all new twin turbocharged 4.6 Liter V8 that pumps out 402 HP and 443 lb-ft of torque that is mated to a seven speed automatic gearbox, that features a very convenient HOLD button to make congested highway commutes a little less of a pain on your left leg, that can accelerate the 4,200 lb four door coupe from 0 to 60 MPH in only 5.1 seconds while returning an estimated 17 MPG in the city and as much as 25 MPG on the highway.

The CLS features bold aggressive styling starting off up front with the stylish all LED active headlamps and deep front air dam and mesh inserts that trail back to sculpted side metal that tapers back, ending in an aggressive rear valence with a pair of chrome exhaust tips on either side.  The CLS rides on a set of staggered 18 inch five spoke alloys straight from the factory, with 19s available as an option, as well as 18 and 19 inch AMG design wheels, hiding a semi-active air suspension that optimizes the four door sports car’s composure whether it be climbing over speed bumps in a parking lot or riding low and firm at highway speeds.  The CLS550 is also available with Mercedes Benz’s optional 4MATIC all wheel drive system for owners who experience inclement weather.

On the inside the, the CLS features a full length center console that cuts the cabin in half, separating each luxurious leather wrapped bucket into its own extravagant cocoon, complimented by hand finished wood and leather trim all around.  The German luxury car builder also offers Designo paint and trim options that give the CLS a whole new level of personality.  Infotainment duties are handled by a Benz COMMAND system that controls a Harman/Kardon sound system with an HD and XM Satellite radio as well as iPods, and even Bluetooth hands free connectivity from an easy to read high resolution LCD screen.  Concerned with safety, the engineers at Mercedes have also included PRE-SAFE, a system that detects imminent collisions and then adjusts everything from the seatbelts to the sunroof to better prepare occupants for a worst case scenario, starting at $71,300. 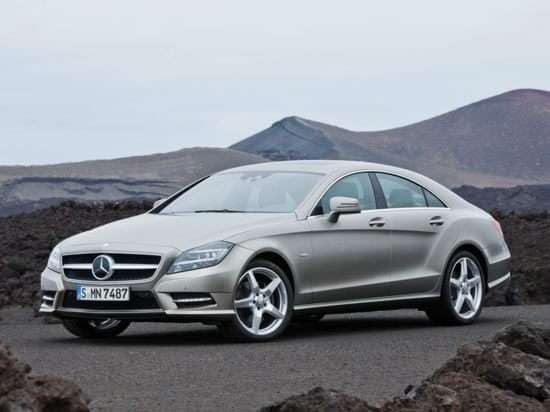