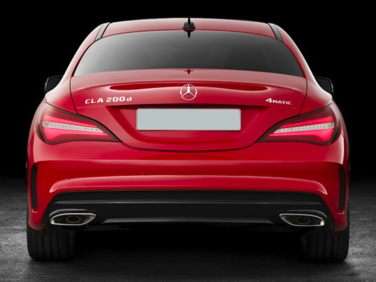 All About Mercedes-Benz CLA-Class

Though the CLA-Class is a rather simple yet elegant sedan, its body does not tell the whole story. It is available in five different colors (although they are all variations of black, white, and gray), aggressive body styling cues, and a luxurious interior typical of the Mercedes-Benz brand. Yet, the drivetrain options for the CLA-Class cars introduces a lot of variation on this theme. As of its introduction and the beginning of the car’s availability in 2013, there were a number of variants either immediately available or scheduled to arrive soon. They were the CLA 180, CLA 180 BlueEFFICIENCY, CLA 200, CLA 250, CLA 220 CDI, CLA 250 4MATIC, CLA 45 AMG, and CLA 45 AMG Edition 1. As is typical of Mercedes-Benz model naming convention, the class style is followed by numbers and letters that represent the engine as well as any other noteworthy features.  The CLA-Class is available with a wide range of diesel and gasoline engines, although not all models will be available in all markets worldwide. The CLA 180, which is the base model, receives an inline-four turbo engine that yields 120 horsepower, and the BlueEFFICIENCY version of this model features the same engine specs, although the car received extra attention to help improve fuel economy. The CLA 200, the CLA 250, and the CLA 250 4MATIC all get inline-four turbo powerplants that produce 154, 208, and 208 horsepower, respectively; the 4MATIC also gets Mercedes’ all-wheel-drive system. And to round out the gasoline engines, there will be an AMG performance version of the CLA-Class called the CLA 45 AMG. This car gets an inline-four twin-scroll turbo engine that boosts horsepower to 355. The diesel engines are found in the CLA 200 CDI and the CLA 220 CDI, both inline-four turbos that produce 134 and 138 horsepower, respectively.

The CLA-Class has several transmissions, but options may be limited to specific engine options. There is a six-speed manual and a seven-speed dual clutch automatic gearbox, as well as a seven-speed sport transmission that is exclusive to the AMG trim model. The seven-speed automatic can operate in economy, sport, or manual mode.