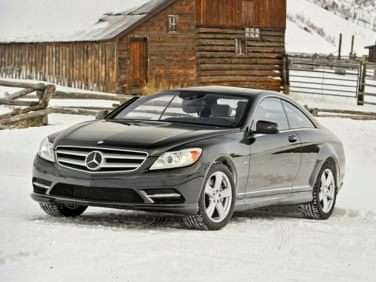 All About Mercedes-Benz CL-Class

The Mercedes-Benz CL-Class is a two-door, four-passenger luxury coupe. Mercedes-Benz has been the German automaker to have kept the idea of a personal grand touring car alive the longest. Since the 1960’s, the company has had a large, two door coupe in its lineup in order to satisfy buyers looking for a full-sized, stylish automobile. For quite some time they were alone in this market, but in the past 5 years competition from BMW and Audi has caused Mercedes-Benz to hone their efforts to a finer point.

The 2008 CL-Class represents the latest luxury coupe to bear the 3-pointed star. A beautiful design exercise, the CL-Class combines the most attractive elements of the C-Class and S-Class and molds them together to create a strong-looking two door which has excellent presence. The absence of a B-pillar also helps to revive the feeling of hardtop motoring which is so rare on today’s market.

The CL competes directly with the BMW 6 Series, and as such there is no real entry-level model. Buyers step immediately into the V8 powered CL550, who’s 5.5 liter V8 engine produces 382 horsepower and a lightning quick acceleration time of 5.4 seconds in the race to 60 miles per hour. The 550 is only available with a 7-speed automatic transmission and all-wheel drive. The next model in the lineup is the CL600 coupe which seriously sweetens the deal with a 5.5 liter, bi-turbo 12-cylinder engine bumping out 510 horsepower. Rear-wheel drive, this V12-powered Mercedes-Benz offers stratospheric performance that will leave many sports cars behind, let alone luxury coupes. It will cost buyers half again the price of a CL550 to upgrade to the CL600.

The CL-Class sees not one but two AMG models. The CL63 AMG is priced just under the CL600 and uses a V8 engine to produce slightly more horsepower and identical acceleration. The CL65 AMG doubles the price of the CL550, but in return drivers are rewarded with a 604 horsepower bi-turbo V12 that also produces a ludicrous 738 lb-ft of torque. Who exactly Mercedes is targeting with this NASCAR level of power isn’t exactly clear, but the option stands as one of the most powerful passenger cars the company has ever built.

The CL600 is luxury incarnate, with comfortable seating for four passengers and special glass which is formulated to reduce both road noise and the harmful spectrums of the sun’s rays. The CL-Class also offers adaptive cruise control that automatically keeps the coupe a safe distance from vehicles on the road in front of it via radar, and a large, bright screen for the voice-controlled navigation system.

The CL-Class is one of the best-equipped, fastest personal luxury coupes on the road, not to mention in the history of motoring. Of course, the price to pay for these levels of performance is fuel economy that has more in common with a Learjet than a Prius – 11 miles per gallon in the city and 17 on the highway for the CL600 – but it seems a worthwhile cost to spend time in such a fine piece of engineering.