We all remember the cool kid on the playground growing up.  Or maybe you were that cool kid.  In either case, the cool kid was the one who always had the flyest gear, listened to the latest music, and always drew a crowd when it was time to tell a story.  He or she was the one that, in our misguided search for role models, everyone wanted to be like (at least until he/she got that weird haircut and was ostracized for the remainder of the school year).

The 2015 Mercedes-Benz C-Class has finally matured – and by that I mean it’s no longer trying to emulate the longest-running 'cool kid' in the entry-level luxury segment, the BMW 3 Series.  The funny thing about growing up is that instead of defining yourself by the standards of others, you start to paint your own picture of what success looks like, and in doing so are able to develop past the limits of any external template and truly come into your own.  In other words, the C-Class now has its own identity, not one borrowed from a competitor voted ‘Most Likely To Succeed,’ and it’s all the better for it.

The 2015 Mercedes-Benz C-Class is a car that pays more to just lip service to the company’s heritage of building supremely competent, and comfortable, automobiles.  For starters, dimensionally there’s a direct comparison to be made between the mid-90’s E-Class sedan and the all-new C-Class, with the latter actually somewhat larger in several key areas.  It isn’t all that surprising that what was once a compact car has now graduated to the mid-size segment – indeed, symptomatic of the swelling that has swept across the entire entry-level luxury world – but it shows the brand’s willingness to return to a footprint that was incredibly successful for it on the global stage.

The 2015 C-Class features styling, however, that is quite far removed from the earlier E-Class’ then-groundbreaking motif.  Instead we see a smaller interpretation of the flowing lines originally introduced on the 2014 S-Class flagship sedan, a successful effort that maintains a strong visual identity for Mercedes-Benz from the top to the bottom of its line-up.  This is especially apparent along the sides and at the rear of the car, with the sharper lines of the previous-generation C-Class giving way to more expressive sheet metal (which is in turn wrapped around a lighter and stronger chassis).  For 2015 the sedan gives buyers the opportunity to forge ahead with a modern, logo-in-swept-grille front fascia (Avantgarde and AMG trims) or opt for another classic call-out: a Silver Star perched on the hood above a set of active aero shutters (a first for the C-Class in the Exclusive trim).

It makes sense that a larger platform equals a more spacious passenger compartment for the 2015 Mercedes-Benz C-Class, and this is indeed the case for the sedan.  Front and back there’s nothing to complain about in terms of leg room or head room, which puts the car in good standing compared to some of its more cramped competitors.  More interesting is the high-end treatment that has been given to the trim and materials used throughout the C-Class cabin, with a fine medley of woods, leather, and soft plastics gracing every surface likely to come into contact with human hands.  I was especially pleased with the large wood panel used on the vehicle’s center stack, a breath of organic life that was missing from the previous car’s dashboard.

Mercedes-Benz has worked hard to keep up with what seems to be a relentless pace of technological integration in luxury cars, particularly those going after first-time, and presumably younger, buyers.  The 2015 C-Class features a seven-inch COMAND LCD display screen that is paired with a new control system that combines the brand’s standard rotary controller with a new, vaguely-triangular cover that offers a touchpad for further navigating through the system.  I found the implementation to be clunky – you can’t simply add a new form of interaction to an infotainment feature without also reconfiguring its logic to take advantage of its unique properties – but it’s there if you want to play with its character recognition functionality.

More useful is the heads-up display that is now available with the sedan, the crystal-clear, 360-degree top-down view offered by its parking assistance cameras, and the comprehensive suite of standard and optional safety technologies such as traffic-following adaptive cruise control that can also automatically brake the car in the event of an impending collision with no driver intervention required.  Oh, and you can also get an automated perfume dispenser in the glove compartment (wait, what?).  There are four different scents offered to help ‘extend the sensuous perception of the Mercedes-Benz interior,’ according to the car’s spec sheet, including Freeside Mood, Nightlife Mood, Downtown Mood, and Sports Mood.  There was no mention as to whether New Car Smell Mood or Classic Pine Tree Mood would be available for 2016.

To Thine Own Self Be True

To Thine Own Self Be True

One of the best things about the 2015 Mercedes-Benz C-Class is just how unlike a 3 Series it feels from behind the wheel.  Were I evaluating this new car through what has become the standard luxury car lens, that might seem like a shot right across its bow, but I intend it as praise rather than an indictment.  What I am suggesting is that Mercedes-Benz is once again walking its own path with the C-Class rather than emulating the antics of yesterday’s schoolyard hero – and in the process, have produced a better car.

This is not to say that the C-Class is a chore to drive.  Far from it – the sedan’s suspension tuning (which features a new four-link front setup and an equally-refreshed five-link independent design in the rear) is adept at eating up pavement and delivering a smooth, and confident ride.  Each of the cars I drove on the twisting roads that snake their way to the coastal metropolis of Marseille, France, came with the Mercedes-Benz’s optional Airmatic air suspension, which can be set to several different Agility Select modes ranging from Comfort to Sport Plus (there’s also a Sport and an Eco mode in there, too).

While ride quality was excellent for the 2015 Mercedes-Benz C-Class, it’s not a car one would select to shred a country road with on a sunny Sunday afternoon.  Body roll was perceptible even in the AMG line version of the car (which features more aggressive ride height settings and larger rims) even when set to Sport Plus driving mode, and the traction and stability control was a little too willing to intervene when things were deemed to be getting a little to boisterous.

A Trio Of Power Plants

A Trio Of Power Plants

And all of this is perfectly OK, because as I mentioned, Mercedes-Benz is no longer chasing the BMW bogeyman and is instead playing to its own strengths.  The 2015 C-Class is a fantastic highway cruiser regardless of which of its three available engines are found between the front fenders.  The 2.0-liter, four-cylinder turbo unit that I drove felt adequate with its 211 horsepower, which means that the U.S. model’s 241 horse version (which will also produce 273 lb-ft of torque) will be that much better in the C300 4MATIC.  Much sweeter is the C400 4MATIC’s new 3.0-liter biturbo V-6, a mill that produces 329 ponies and 354 lb-ft of twist and which dramatically transforms throttle response as well as terminal velocity in the Interstate-friendly sedan.  A seven-speed automatic transmission (with paddle shifters available on certain trims) is standard across the board.

You’ll notice the ‘4MATIC’ appended to the C400's name, as all-wheel drive is standard with the V-6 model of the 2015 Mercedes-Benz C-Class.  The C300 will be available with either rear-wheel drive or all-wheel drive, but the only version of the car featuring a non-AWD layout that I had the chance to pilot was the C250 BlueTEC, a turbodiesel that is slated for arrival later in the American production run.  Fuel mileage figures haven’t been published for the C-Class, but Mercedes-Benz claims that the vehicle is 20 percent better at the pump than it was last year.

By going its own way, the 2015 Mercedes-Benz C-Class now fits in much better with the rest of its similarly-badged family members.  Instead of over-reaching its grasp, the C-Class presents very much the same strengths as the well-received E-Class that sits above it on the product ladder: a satisfying interior, a well-planted ride, respectable power at each pricing rung, conservative but never dull styling, and enough optional gear to fill out a window sticker and boost the bottom line accordingly.

It also has the misfortune of not being particularly memorable in any one area – something else it has in common with its larger sibling.  Ultimately, however, that’s not going to matter: Mercedes-Benz has created an all-around competitor that is perfectly content playing a supporting role rather than being the star of the team, and one that will undoubtedly find a huge audience once it goes on sale this fall. 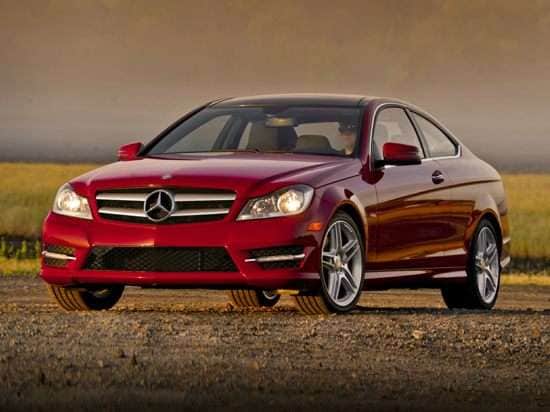