Backed by particularly strong demand here in the United States—where sales of the 2015 Mazda Mazda6 have jumped 24.5 percent through the end of November—all-time global production of Mazda's mid-size sedan has surpassed 3 million units. It's another vote of confidence for the brand's SKYACTIV technologies, which have been vital to the success of not only the 2015 Mazda Mazda6, but practically the entire lineup.

In fact, SKYACTIV vehicles accounted for some 88.8 percent of all Mazda sales last month, with the CX-5 setting an all-time November record and the 2015 Mazda Mazda6 scoring the nameplate's highest November sales total since 2011. Additionally, with 48,901 deliveries through the end of last month, the Mazda6 has earned its highest annual sales total in six years—with December's sales still waiting to go into the books.

It's further worth noting that, as impressive as the 2015 Mazda Mazda6 has been, it's about to be replaced by an extensively refreshed 2016 model.

Highlights of the new Mazda6, due in dealerships next year, include an evolution of its "Kodo—Soul of Motion" design language, with particular attention paid to its cabin. There, owners will find a sophisticated, highly driver-oriented environment that's complemented by the next-gen Mazda Connect system, as well as the full range of Mazda i-ACTIVSENSE driver-assistance measures.

More information about the 2016 Mazda6 will be provided closer to its on sale date, but the award-winning 2015 Mazda Mazda6 is at dealerships now with an MSRP of $21,190. 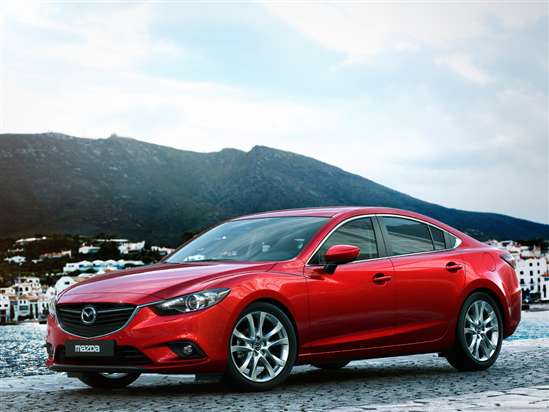