It might look and act like a minivan, but there are some differences that make the Mazda5 stand out from the rest of the family-haulers. Autobytel’s Road Test Editor, Aaron Gold, spent some time with the latest version of the Mazda5, and came to the conclusion that it can be a good choice for families who need the functionality of a minivan with a slightly smaller footprint. In fact, though it’s got the telltale minivan silhouette, it’s actually about the size of a Honda Civic. The Mazda5 offers a lot of the same benefits of a traditional minivan, such as a straightforward cockpit, folding rear seats for additional cargo space, and good visibility. It’s known for having a lower price of entry, to the tune of about $10,000 less than most basic vans, and the reduced size and weight result in better fuel economy and handling. At full capacity, the 2014 Madza5 can seat six passengers, which isn’t as much as some full sized minivan or many sport utility vehicles on the market, but the tradeoff in size can be worth the compromise. And manual transmission fans, take note: the Mazda5 is the only minivan available in the United States with a stick shift. 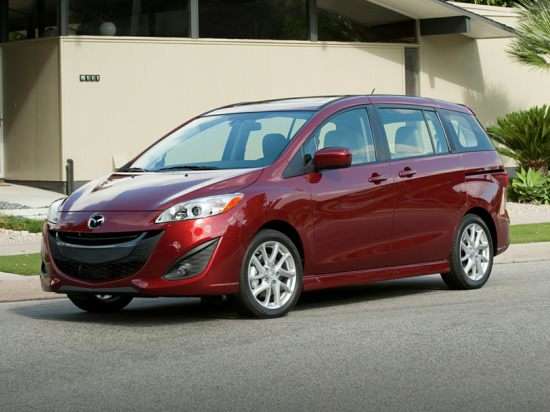