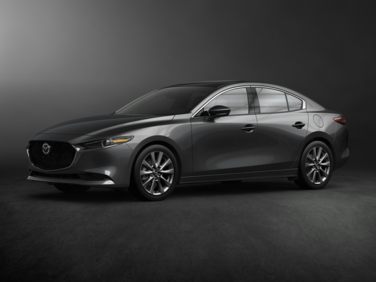 All About Mazda Mazda3

The Mazda MAZDA3 is a four-door, five passenger compact sedan and a five-door, five passenger compact hatchback. Mazda has a long history of producing fun and economical compact sedans which do a little bit more than get drivers from point A to point B. By trying to inject some sport handling into each of their passenger sedans, Mazda has been able to develop a reputation as a company whose vehicles provide a more engaging driving experience than some of their competitors – notably Toyota. In 2004, the MAZDA3, their latest salvo in the battle for compact sedan buyers’ hearts and minds was launched. By using the same platform as the European Ford Focus and the Volvo S40, the MAZDA3 was able to provide some of the best handling and performance yet in a Mazda sedan.

The 2008 MAZDA3 bears the same re-designed exterior appearance given to the car in 2007 as a refresher for the 3 year old sedan. The aim was to update the sedan and hatch in order to keep their sporty appearance in line with buyer expectations. There are two primary versions of the MAZDA3, a four-door sedan and a five-door hatch. The base sedan comes with a 2.0 liter 4-cylinder engine in the i Sport and i Touring Value trims, and this engine makes 148 horsepower and 135 lb-ft of torque. The s Sport, s Touring and s Grand Touring trims, also available in the hatch, are upgraded to a 2.4 liter engine with variable-valve timing that generates slightly more power: 156 horsepower and 150 lb-ft of torque. Both engines come with a 5-speed manual transmission, while the 2.0 liter is available with an optional 4-speed automatic. For the 2.4, a more modern 5-speed automatic can be ordered.

If buyers have need for speed, they are in luck – Mazda offers a MAZDASPEED3 version of this platform. With 263 horsepower from a turbocharged version of the standard MAZDA3 2.4 liter 4-cylinder, the MAZDASPEED3 is one of the fastest sedans that the company has ever produced.

The i trims are at the low end of the standard equipment list, intended to appeal to buyers who are searching for basic transportation. The i Sport has to make do with 15-inch steel wheels, while the i Touring upgrades to 17-inch alloys, as well as power windows and door locks. The s trims are much better equipped, with the s Sport and the s Touring coming with power everything, a tire pressure monitoring system and dynamic stability control and traction control on the s Touring and s Grand Touring only. The s Grand Touring also has a more upscale interior, with heated leather seats and a Bose audio system.

Given that the larger engine offers more performance (zero to 60 miles per hour in the mid-7 second range) with only a slight drop in fuel economy, it is difficult to recommend the i trim levels to anyone other than those who want to stretch their new car dollar to the maximum. Either way, both engines provide fuel mileage in the neighborhood of 30 miles per gallon on the highway with low to mid-twenties in town, making the MAZDA3 an economical and stylish way to add a little bit of fun to your morning commute.

The 2009 MAZDA3 has very few changes since its last model year. There are a few new colors available for the exterior, a new trim level has been created and there are a few small revisions to the outside of the Mazda 3. The interior has a few small styling changes and all MAZDA3 trim levels now have side airbags in the front seat, antilock brakes and side curtain airbags that are full length as standard features. The sedan models with four doors have a new standard remote trunk release feature on the fob that contains the keyless entry remote. The Grand Touring models with four or five doors get a new driver’s seat that is power adjustable. The base model, the i Sport, has new side airbags, antilock brakes and new airbags that provide head protection as standard features.

The new i Touring Value trim level is a brand new addition to the MAZDA3 trim lineup. It has anti-lock brakes, 17-inch wheels made from alloy, traction control, fog lights, a steering wheel wrapped in leather, a shift knob wrapped in leather, a revised design for the front, a new grille bar and MP3 compatibility.

The MAZDA3 has five trim levels available- the base model i Sport, the new i Touring Value, the sporty s Sport, the s Touring and the luxury s Grand Touring. The hatchback models are only available in the s trim levels. The i Sport had 15-inch wheels a steering wheel that tilts and telescopes, audio controls mounted on the steering wheel, an auxiliary audio jack, a CD/MP3 player with four speakers and satellite radio pre-wiring. A temperature display of the exterior temperature and air-conditioning are optional features. The i Touring trim level has 17-inch wheels, power accessories, fog lights and cruise control.