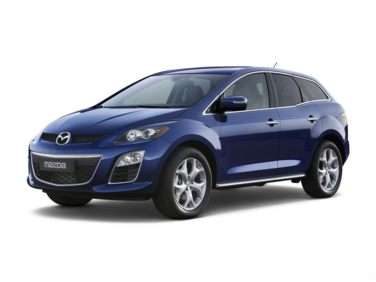 All About Mazda CX-7

The Mazda CX-7 is a four-door, five passenger mid-size crossover sport-utility vehicle. Mazda has never had a strong history of producing sport-utility vehicles. While the occasional SUV did grace showrooms from time to time, they usually took the form of re-badged Ford products, allowing the company to focus on their core market – automobiles. However, in the past few years Mazda has decided to take some of their expertise when it comes to cars and apply it towards making sporty crossovers. These vehicles are biased towards fun performance instead of off-road utility, and one of the first out of the gates is the Mazda CX-7.

The 2008 CX-7 is largely unchanged from the model that debuted in 2007. From the outside, it is clearly identifiable as part of the Mazda family, with the familiar grille and headlight design that marks most of the company’s products. The first mid-size crossover ever to be offered by Mazda, the CX-7 bears a passing resemblance to the Acura MDX in terms of overall shape – something that many crossover SUV’s in the segment have in common. Mazda has done their best to graft some of the sportier body work from their performance coupes onto the CX-7, and the effect is pleasing to the eye.

Inside, the CX-7 is noticeably smaller than some of the competition from Toyota and Honda, giving up inches in both rear seat legroom and front headroom. Rear headroom is good, but the dimensions of the vehicle favor 4 passengers rather than sitting 3 across the rear bench. There are three different trim levels for the CX-7. The base Sport model comes with cloth seats, power door locks and windows and steering-wheel mounted audio controls. Stepping up to the Touring provides leather seats, a leather-wrapped steering wheel and a retractable cargo cover to keep prying eyes away from whatever is stashed behind the rear seats. The Grand Touring trim is notable for upgraded leather and other interior accents, as well as blue mood lighting and an optional DVD navigation system.

All three versions of the CX-7 are powered by the same turbocharged, 2.3 liter direct-injection 4-cylinder engine. This gives the crossover 244 horsepower and 258 lb-ft of torque, along with decent fuel economy of 17 miles per gallon in city driving and 23 on the highway. All-wheel drive is optional, and the only available transmission is a smooth 6-speed automatic. This power, along with the capable suspension installed by Mazda helps the CX-7 to live up to its sporty looks, and the transmission’s Sport setting allows for smooth shifting at the driver’s command. The all-wheel drive versions of the CX-7 handle better than the front-wheel drive editions, and this option also helps to reduce some of the torque steer that is felt under heavy acceleration.

Mazda has done well with their choice to not give in to the temptation to release a truck-based SUV. Instead, by staying true to their fun automobile image they are able to impart the CX-7 crossover with the kind of sports appeal that should attract buyers who are interested in breaking free from the confines of the traditional minivan.

The CX-7 has a lengthy list of options that are available. There is no Bluetooth interface available as an option, but there is a navigation system that has a touch screen and is DVD based available. The Technology Package includes a rearview camera, a satellite navigation system and a voice control system. The Bose Audio Package includes a six-CD changer that is located in the dashboard. A moon roof is available as a stand-alone optional feature, as are Centerpoint audio system with surround sound, Sirius Satellite Radio and remote engine start. The only transmission available is a six-speed automatic system. All trims are available in either all-wheel drive or front-wheel drive.