Though Maserati tends to create some pretty desirable cars, they’re not a high volume manufacturer by any means. In 2013, the Italian exotic car manufacturer sold just about 6000 vehicles. The company is hoping to increase its output tenfold by 2015, and to do that, they are simply going to have to make cars that more people can afford. Most Maseratis are priced in the $100,000 range, and though the brand has a dedicated customer base, there just aren’t enough people who can afford that much car. The 2014 Maserati Ghibli is one of the brand’s first attempts to increase its sales volume. The Ghibli is based on Maserati’s Quattroporte, but it doesn’t have a price tag to match. This new Maserati can be had for about $67,000, which puts it into Mercedes, BMW, and Audi territory. Maserati is now competing with the Germans for sales, instead of the other Italians. Autobytel’s Road Test Editor Aaron Gold snagged a Maserati Ghibli to test it out and see how Maserati managed to trim its typical price by about a third. It still looks like a Maserati, and it’s still powered like one. The Ghibli holds a twin-turbo V6 under the hood, which was designed by Maserati and built by Ferrari. The interior’s been cheapened to cut costs, but if you can ignore that, you can get a decent exotic car for well under six figures. 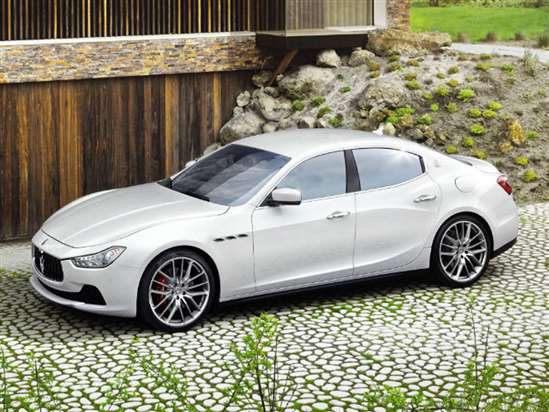