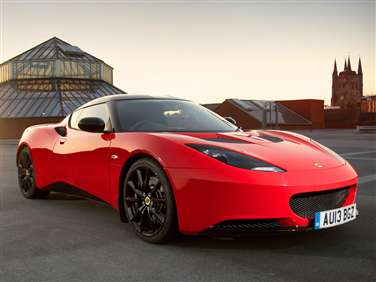 All About Lotus Evora

The Evora is a performance car from Lotus, the British sports car manufacturer. The Evora premiered at the British international Motor Show in July of 2008. It is the first completely new vehicle that Lotus has designed, engineered and built since the introduction of the Lotus Elise in 1995. Like the Elise, which loaned its platform to two derivative vehicles (the Exige and the Europa S), the Evora was designed with the intention of adapting the platform for two future Lotus cars that are not yet available. In 2006, Lotus planners decided to expand the brand’s vehicle lineup to reach a broader audience, and the Evora was the first step towards this initiative. Lotus launched the Evora with the hope of selling 2000 Evora cars per year. Like other Lotus models, the Evora follows the pattern of a model name beginning with the letter “E.” The name is meant to evoke the words “evolution,” “vogue,” and “aura.”

Though Lotus is known for its track-ready weekend warriors, which are typically pared down and modest in design, with only essential comfort features and options, the automaker took a different approach with the Evora. The Evora was intended to appeal to potential buyers who enjoy the spirited drive that a Lotus car provides, but with more comfort and more mainstream functionality and practicality. To achieve these objectives, Lotus had to make the Evora larger and heavier than other Lotus offerings. At the time of the Evora’s introduction, it was the only Lotus model that offered a 2+2 seating arrangement (two front seat occupants like a standard coupe, plus just enough backseat space for two more passengers). This seating configuration isn’t intended to be comfortable or convenient for frequent backseat passengers, but it is somewhat common on premium coupes of European origin, and makes the Evora somewhat more flexible than other Lotus models. What makes the Evora unique in this respect, though, is its 2+2 seating despite the car’s mid-engine drivetrain layout. Cargo space on the Evora is also quite tight, with a trunk just large enough to fit a set of golf clubs, and though the Evora offers more comfort and convenience features than other Lotus models, the list of available features is still rather modest compared to the competition from other high end performance auto manufacturers. Adjustable leather Recaro sport seats are standard, as well as Alpine audio, remote locking and alarms, and air conditioning.

The Lotus Evora, though larger than other Lotus cars and aimed at a slightly different audience, retains the Lotus priority on engineering and performance. The rear-wheel-drive Evora features a 0-60 acceleration time of 4.9 seconds and a top speed of 162 miles per hour. The engine in the Lotus Evora is a 3.5-liter DOHC V6 unit sourced from Toyota, yielding 276 horsepower, and it can be paired to either a six-speed manual or a six-speed automatic gearbox. The Evora S is the supercharged version of the Evora, and uses the same Toyota powerplant paired to a supercharger that increases horsepower to 345 and top speed to 178 miles per hour. The Evora’s body is fitted to a chassis of lightweight bonded aluminum, and features a suspension system comprised of forged aluminum double wishbones with Bilstien high performance gas dampers and Eibach springs.