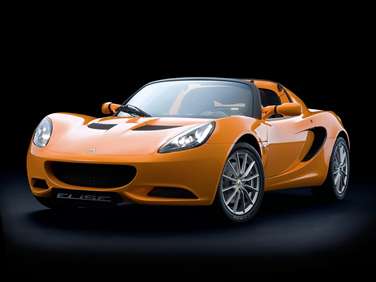 All About Lotus Elise

Air conditioning is standard in the Elise, as is power door locks that are operated remotely and a CD player. Very few comfort features are included because they take away from performance. Some owners choose to go without the air conditioning to make the car lighter.

For a more comfortable experience, there are Touring and Sport packages that give the Elise a more customized ride. Without these packages, the Elise is better oriented to racing than to day trips. The seats of most Elise models are lightly padded and there are few controls that could get in the way of driving concentration. The latest model years, however, boast new, more padded seats. Entering and exiting the vehicle can be difficult, particularly for tall drivers. The steering wheel is low and the door sills are wide, making some maneuvering necessary. There are very few storage areas inside the car. The cargo volume is four cubic feet. The latest version of the Elise, the 2008 Elise SC, has a trip computer and a new, more complex instrument display. It also has a rear spoiler, covers for the headlamps and alloy window winders. It also features a different wheel design than previous models, with a six-spoke arrangement. The Elise S has a few more comfort features with electric windows and a carpeted interior. It also has a heavier engine and weighs almost 200 pounds more than the base model.

The Lotus Elise comes with standard anti-lock brakes. There is no anti-skid system available. Driver and passenger side airbags come standard and the passenger airbag can not be deactivated. There are no side airbags available for the front, nor are there curtain side airbags. There are options for traction control systems and a limited-slip differential. There is no power steering and no stability control. These were left off to keep the car as light as possible, keeping the Elise the lightest performance car in the U.S. A hardtop roof option is available for better safety. Elise models from 2006 onward have daytime running lights and LED taillights. Beginning with the 2007 models, the Elise features bumperettes in the rear for more safety and additional safety features in the front for better front-impact safety.

The Elise is geared toward the best possible performance. Many comfort features are missing in order to keep performance levels high. For this reason, the mighty Elise goes from 0 to 60 in less than five seconds. The Elise SC has the fastest timing of all the Elise models with just 4.4 seconds. The engine is highly responsive and has a lot of torque. Later models have lighter pedals for a slightly better performance.

It has a mid-mounted, four-cylinder, 1.8 liter engine. The base Elise has 189 horsepower and the Elise SC has 218 horsepower. The engine is all aluminum and has a twin-cam head. The only transmission available is a super-efficient six-speed manual system.